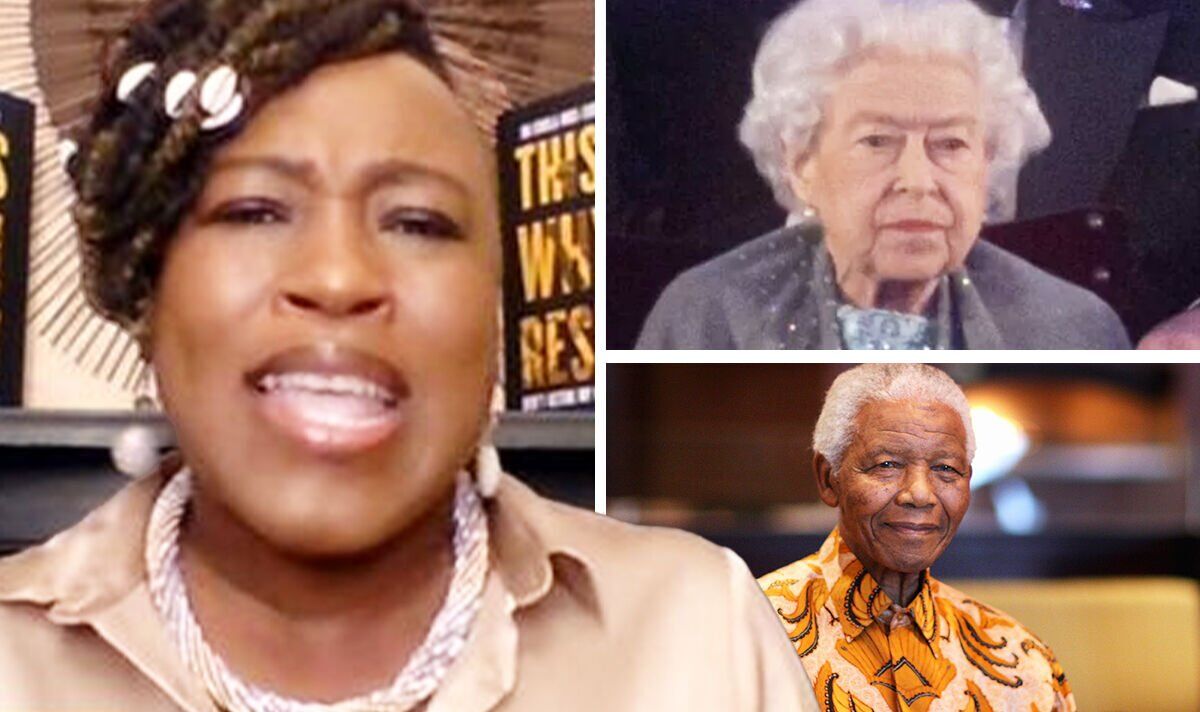 Mr Titchmarsh dedicated a tribute to Her Majesty during the first televised, celebrity-filled event of the monarch’s Jubilee celebrations. He said: “There’s been one constant heartbeat of this nation and that heart belongs to Her Majesty, the Queen.”

He told presenters Phillip Schofield and Julie Etchingham: “This is a remarkable year, 70 years for a remarkable woman whom I’ve met quite a lot and been bowled over by because she’s such ferociously good company.

“She has enormous quiet charisma, like Nelson Mandela did.

“He had a kind of grace and the Queen’s the same.

“It’s important in our lives, particularly this past couple of years, that we have special.

Her Majesty, 96, showed her own scepticism with the tribute, attracting attention on social media for her unimpressed expression caught on the ITV live stream.

She then shrugged before the camera cut away to a different shot.

For the rest of the event, Her Majesty looked in high spirits, abating fears around her health and missed royal engagements.

She received a standing ovation at the theatrical extravaganza that boasted performances from some of the world’s biggest celebrity names.

Dame Helen Mirren reprised her role as royalty by playing Queen Elizabeth I during the final day of the Royal Windsor Horse Show, near the Queen’s residence.

‘A Gallop Through History’, as the performance was named, also featured the likes of Tom Cruise and musical entertainment from Katherine Jenkins.

Mr Cruise, in his own tribute, described the Queen as “a woman I greatly admire”. He said: “What she has accomplished is historic. She has met presidents, world leaders, people from all walks of life.

“Not just Americans, but the world knows the dignity, devotion and kindness, that is what I have always felt about her.

“Someone that understands her position and has held it through a history that’s just been extraordinary the past 70 years.”