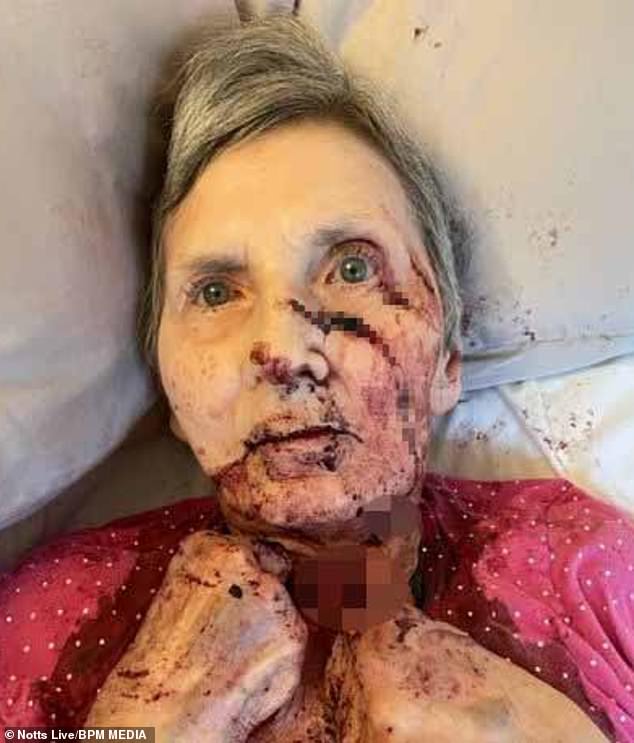 A disabled elderly woman had to be taken to hospital after a rat viciously attacked her face as she slept, her husband has said.

Diana Kirk was left with shocking injuries after she was discovered covered in her own blood at 5.45am on Monday, May 9 at their home in Ringwood Road in Bingham.

The 76-year-old is unable to move as she is brain damaged. She is cared for by her husband, John Kirk, 85, along with a care team who come to their house to help out.

Unknown to the couple, the 9ins long animal had been nesting in their sideboard where John kept bird seed before savaging Diana.

The next morning the rat was caught in trap laid by a neighbour who shot it dead with a pellet gun.

Graphic warning: Diana Kirk (pictured), 76, was found by her husband John, 85, covered in blood, he believes she was attacked by a rat in their home in Bingham 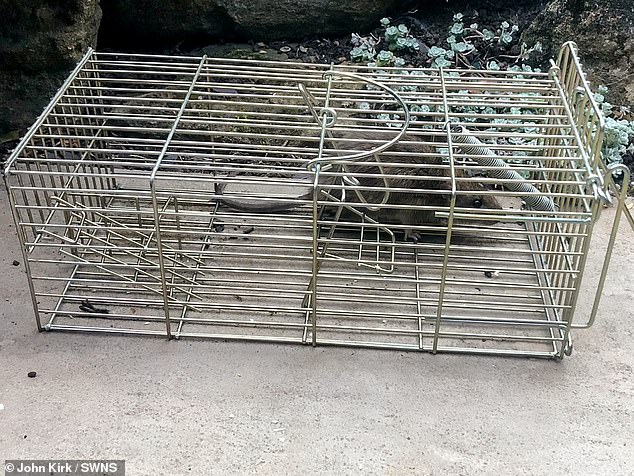 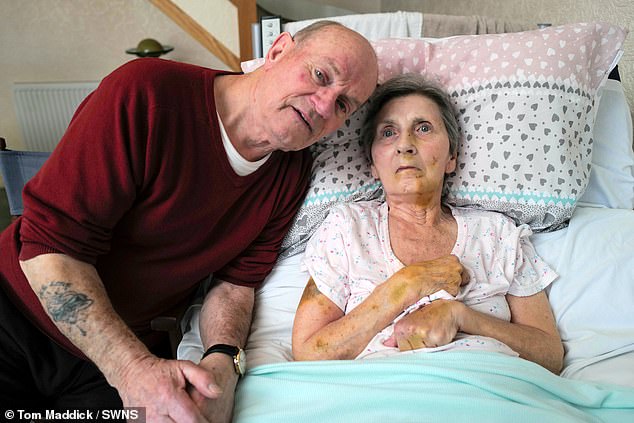 Husband John Kirk looks after Diana, he found her caked in blood and her face and neck covered in claw and bite marks

He said he woke when he first heard a rat ‘scratching around’ by his feet, saying that he could not see it well given the darkeness, but that it was clearly a large rodent.

Then, at around 1.30am, he noticed it again, before he fell asleep and woke up as normal just before 6am.

When he went downstairs and checked on his wife in their living room, he saw her covered in blood with small bites marks across her face.

He said: ‘It was like a scene from Rambo. Absolutely horrific. She was just shaking with her hands by her neck staring up at me.’

Mr Kirk immediately called for the ambulance, which arrived at around 8.20am.

Pictures which have been shared with the permission of Mr Kirk show the extent of her injuries after the incident.

Diana, a retired John Lewis shop worker, suffers from a catalogue of health problems including dementia and Parkinson’s disease.

He said: ‘I’ve never seen anything like the injuries she had – you can see how bad they were from the pictures. It was absolutely savage.

‘I went and knocked on the door of the young girl over the road as she is also always up early and so she helped.

‘They took Diana to the Queen’s Medical Centre and she came back on Thursday night.

‘There were scratches on her face, her neck, her hands – it had tried to gnaw right through to the bone from the looks of it. There was blood everywhere.’ 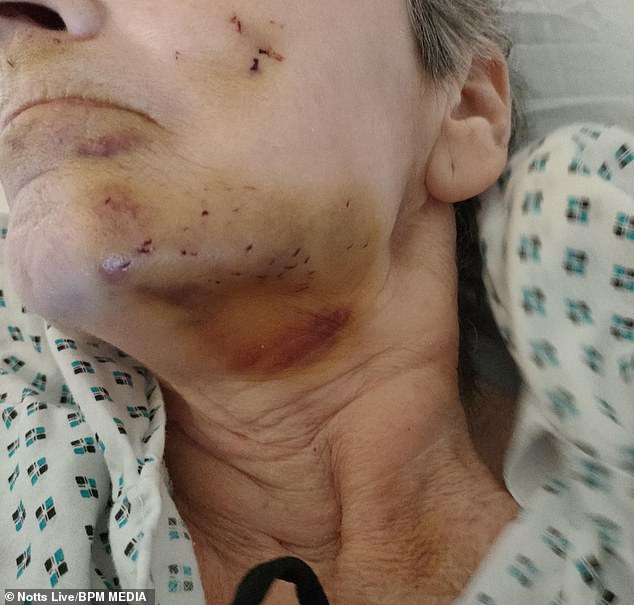 Diana husband, John Kirk said: ‘There were scratches on her face, her neck, her hands – it had tried to gnaw right through to the bone from the looks of it. There was blood everywhere.’ 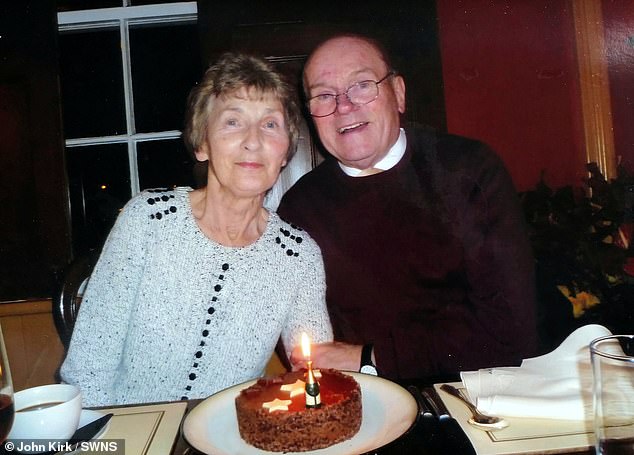 John, a retired entrepreneur and grandfather-of-one, said the only ‘saving grace’ is that Diana didn’t know too much about it 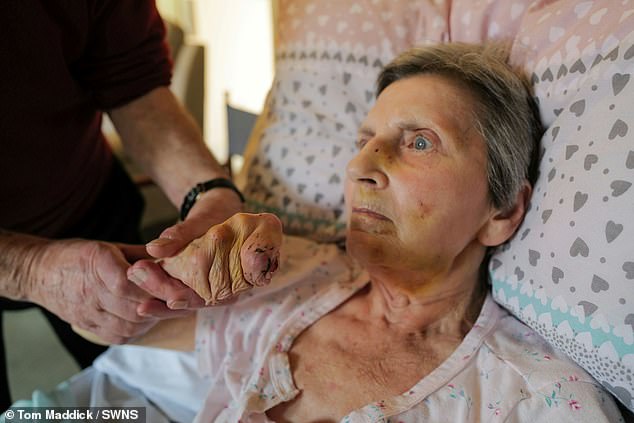 The next morning, after a neighbour had set up a trap in the house, Mr Kirk says the rat was caught and trapped in a cage.

As he moved it to the patio, Mr Kirk says the rat went to try to bite him multiple times. He says a neighbour then killed the rat, shooting it four times with a pellet gun before it eventually died.

‘Because of her condition, my wife can’t move,’ Mr Kirk continued.

‘I have since read that rats only ever go for young babies and people who are immobile in bed like my wife. She can’t feel pain so she would not have known much about what happened.

‘I would like people to know what can happen and to be aware of it. I found out a couple of days after it happened that it was making a nest in the house.’

Helen Speed is the Care Manager at Home Instead East Notts and Melton Mowbray which provides care to Mr and Mrs Kirk at their home.

She said: ‘A few weeks ago another one of our care givers was in Bingham and heard some squealing – there was a rat inside a client’s dustbin. I think it must be an ongoing issue and one that I think people living nearby need to be aware of – especially if they are vulnerable.’