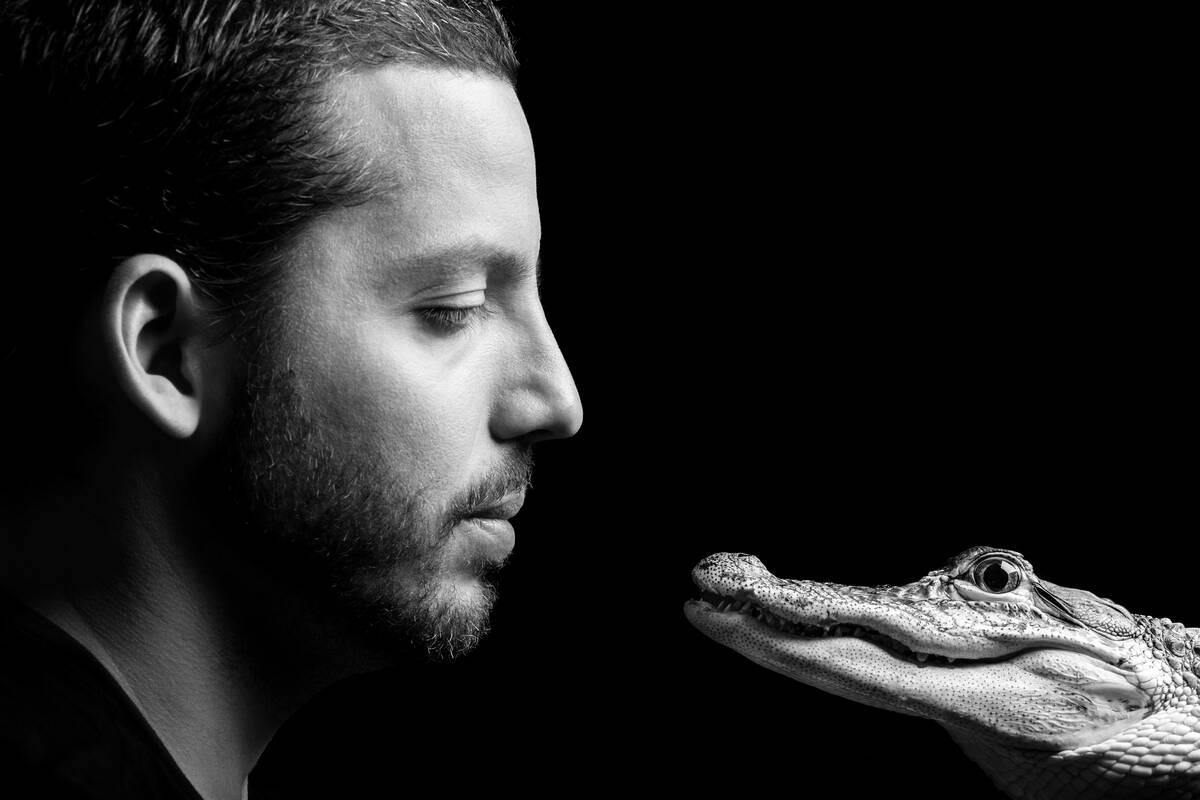 When David Blaine first entered the Resorts World Theatre, he felt the magic. So will we, when the internationally renowned illusionist brings his residency production to the spiffy, 5,000-seat theater beginning this fall.

The series represents Blaine’s first headlining residency in Las Vegas. He comes to town educated, having seen the many Vegas headlining shows and checking out the architecture.

“It’s been decades of talking about Vegas, on and off, and every agency has said, ‘We want you to go, we want you to go,’ ” Blaine said during a recent phone chat from Paris. “My agent finally said, ‘We have to go look at the venue. It’s called Resorts world and they’re building an incredible venue.”

Not wrong, but to this point, the Theatre has been home to music productions. Maybe the closest thing to a big reveal has been Katy Perry’s Mr. Maskie, Carrie Underwood’s famous waterfall, and Luke Bryan’s dance moves.

“I just figured I would go, because I like to go to theaters and was interested in what they are building,” Blaine said. “And I was actually blown away. I was like, wow, this would be the most incredible place to build a show.”

Blaine will have sufficient space, an 85-foot-high ceiling for instance, to dazzle Vegas audiences.

“There is so much potential,” the magician said. “This stage has a lift that I could put an aquarium that’s an 8-foot-sphere under the ground and then bring it up to the stage.”

Blaine says the show will play big, but also feel up close.

“Just the intimacy of the space, how it can feel so close and so connected,” he said. “My ideas just started to go crazy. I came back with my magician friends, and we were all like, it’s so high tech, so much potential. I can walk into the audience. It was the room that got me excited about the show, because I’ve seen it 20 times in construction and while it has been running shows.”

Blaine is at the forefront of magic danger acts, described as an “endurance artist” and “extreme performer” along with his magician credentials. The native of New York has performed such attention-grabbing street stunts as submerging himself in 4,000 pounds of water for over one week. In 2000, he produced “Frozen in Time” in which he was frozen into a block of ice for 72 hours. Two years later, he stood on a 100-foot pillar for 35 hours in “Vertigo.”

Blaine has also performed such close-up acts as eating a glass, and also making a baby alligator appear in a woman’s handbag. He’s performed both of those tricks for Perry, with whom he now shares the Theatre at Resorts world.

Blaine was originally drawn to magic as a kid, performing magic for his mother.

“It started with the most basic, simple card trick, and her reaction to this day the best reaction I’ve ever received,” Blaine said. “I realized, ‘Oh, I can do something so simple when she come and gets me after school after a pretty hard day of work.’ She worked multiple jobs, a single mother. Being able to break the day up and have her laugh and be really excited and happy meant a lot to me.”

Blaine displayed his casual sense of humor when asked, “You must have been a little kid then?” And he answered, “Nah, I was like 45.”

Blaine’s mom, Patrice, was an avid supporter of his career until passing away in 1995 of cancer. He recalls telling her he wanted to continue developing hie magic. “She said, ‘That’s incredible.’ She was so happy. It was as simple as my mother just believing and encouraging me that kept me going.”

Naturally, Las Vegas remains an international center of magic, possibly more so today than ever in its history. More than 20 magic or magic-styled headliners running on and off the Strip. But Blaine is confident his show will stand alone.

“I think my little differences, like the nature of what I do, will be unique,” Blaine said. “I try to mix real things with magic. It’s magician meets a guy doing stunts on the streets. I think I give a slight variation to it.”

Blaine is conscious of all the magic around him as he prepares for his Las Vegas production.

Whether it is built to last, extending beyond these six days, is to be revealed. There is no commitment in Blaine’s long-term schedule to preclude him continuing his production into next year. The new Vegas headliner says, “If people respond and are excited to see the show, I’ll be excited to keep going.”

On the magic them, Adam London’s “Laughternoon” is a cool scene to begin a two-show, or a show-dinner, Vegas experience. London appears at 4 p.m. Thursdays through Sundays at The Venue at Orleans. Tickets are $14.72 (not including fees, and if you include them that price might actually work out to a round number). Go to orleanscasino.com for info.