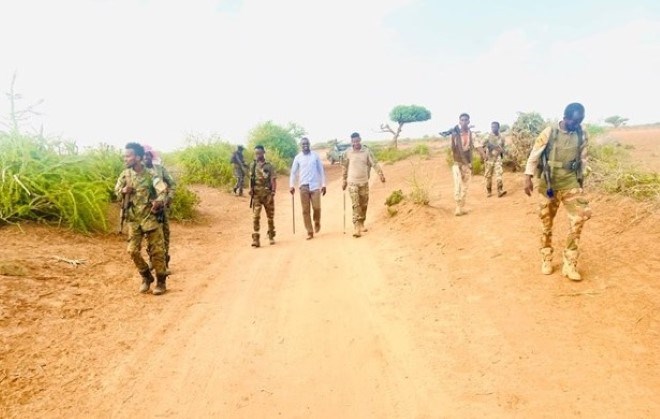 Danab forces ‎carried out a deliberate operation on Sunday morning within the Lower Shabelle area of South West State.

The Somali army stated that the highly-trained commando unit searched properties in Leego and Jameo, in search of Al-Shabaab fighters who they believed had been hiding within the drought-stricken space.

The commander of the 4th Brigade, sixteenth Battalion, Mohamed Abdikadir Ali, who led the raid, stated they’d destroyed al-Shabaab “extortion centers.” He stated they might proceed the operation till the army cleared it of the militant insurgency group.

The army didn’t say whether or not any arrests had been made.

The US-trained Danab drive is essentially the most elite unit within the Somali National Army and makes a speciality of city and rural environments.