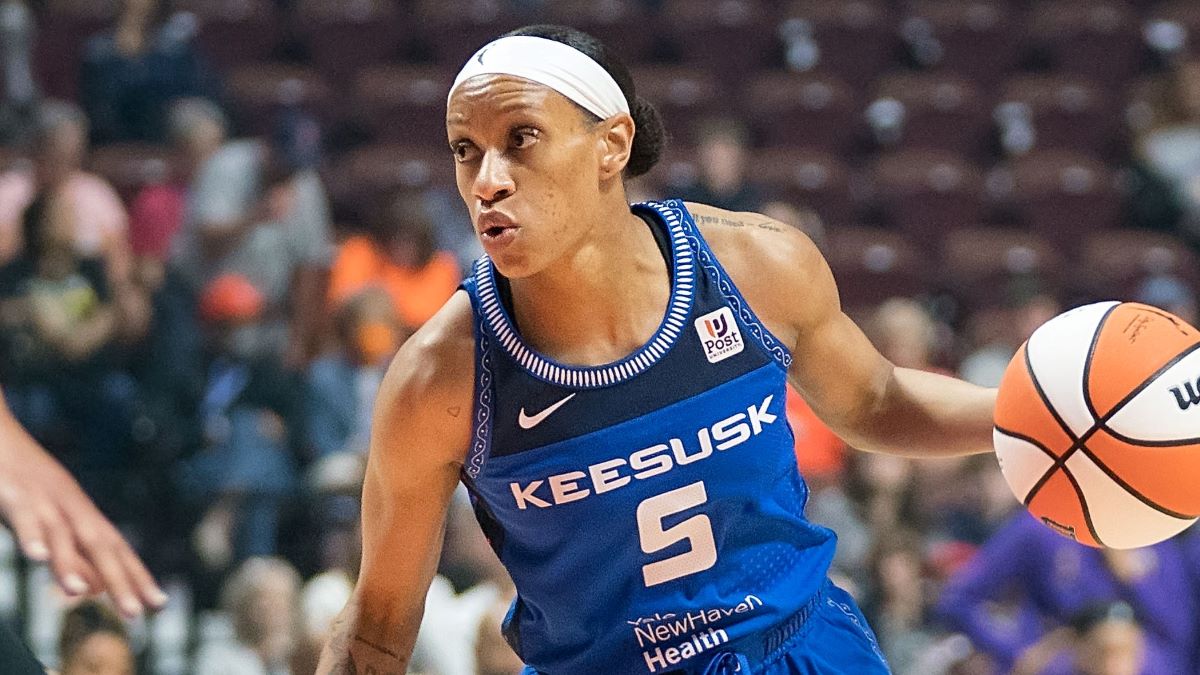 The Sun notched their fourth straight win on Sunday, but the game didn’t come with all good news for Connecticut.

Starting point guard Jasmine Thomas suffered a knee injury late in the first quarter and did not return to the contest after being helped off the court and taken immediately to the locker room. Thomas sustained the injury after crashing to the floor following a missed driving layup.

Sun head coach and general manager Curt Miller gave little update on the health of Thomas after the contest, only providing that the 12-year WNBA veteran will get an MRI soon, according to Kayla Dos of the WNBA Lead.

Through five games this season, Thomas has been an integral piece in Connecticut’s backcourt by starting all five contests. Thomas, who came into this season 15th all-time in the WNBA in career assists and was named to the league’s All-Defensive Second Team in 2021, is averaging 6.6 points and 3.0 assists per game on the campaign.

Even without Thomas and DeWanna Bonner, who sat out Sunday’s game due to rest, the Sun a little problem dispatching the Indiana Fever, cruising to a 92-70 win on the road.

The Sun will look to extend their four-game winning streak when they return to Connecticut to take on the Dallas Wings on Tuesday at Mohegan Sun Arena. Tipoff for that contest is scheduled at 7 p.m. ET, and you can watch the game on NESN+.