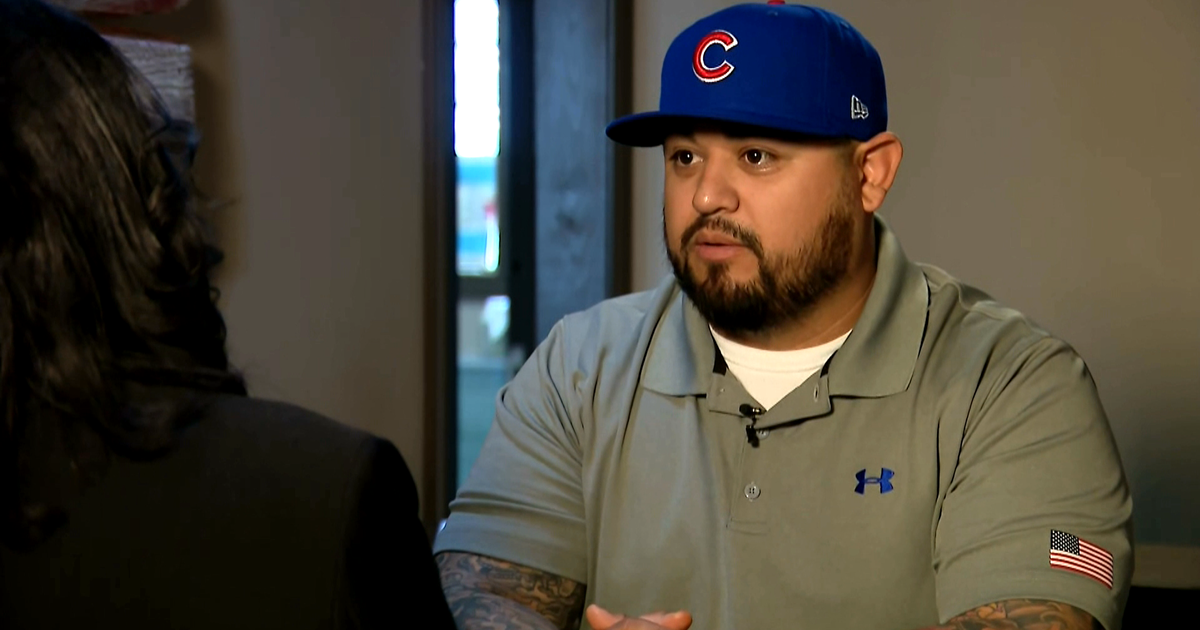 CHICAGO (CBS) — A Chicago-based organization that supports the families of fallen police officers is honoring a Texas officer who has had to overcome a challenge like almost no one else.

Fort Worth Police Officer Zach Briseno is one of only three police officers in the United States who is a double amputee. The Marine lost both of his legs when his Humvee went over an IED in Iraq in 2007.

He made walking again his goal and never gave up.

“My kids ended up being one of my huge motivating factors, because what does it show them if I give up? Later on in life, if they’re faced with anything, do they give up, or do they at least try?” Briseno said. “So that’s what I want to be for them.”

“He’s a veteran, he’s a first responder, and what he went through and his personality is amazing,” said Rick Caballero, founder of the organization the Brotherhood for the Fallen .

To honor Briseno, the Brotherhood for the Fallen brought him to Chicago. They got him some of the city’s famous pizza and took him to a Cubs game. His image even appeared on the Jumbotron at Wrigley Field.

Briseno will also be a guest on the podcast “Served Twice by Choice,” started by Caballero for to tell stories of those who have served in the military and as first responders.

For the “Served Twice by Choice” podcast, Caballero wants to hear from anyone who has served in the military and then became a first responder and wants to share their story – or anyone who knows someone who has done so. Please email Caballero at rickcaballero@yahoo.com.

The podcasts will start airing on June 6, and then a different one will air every Monday thereafter.