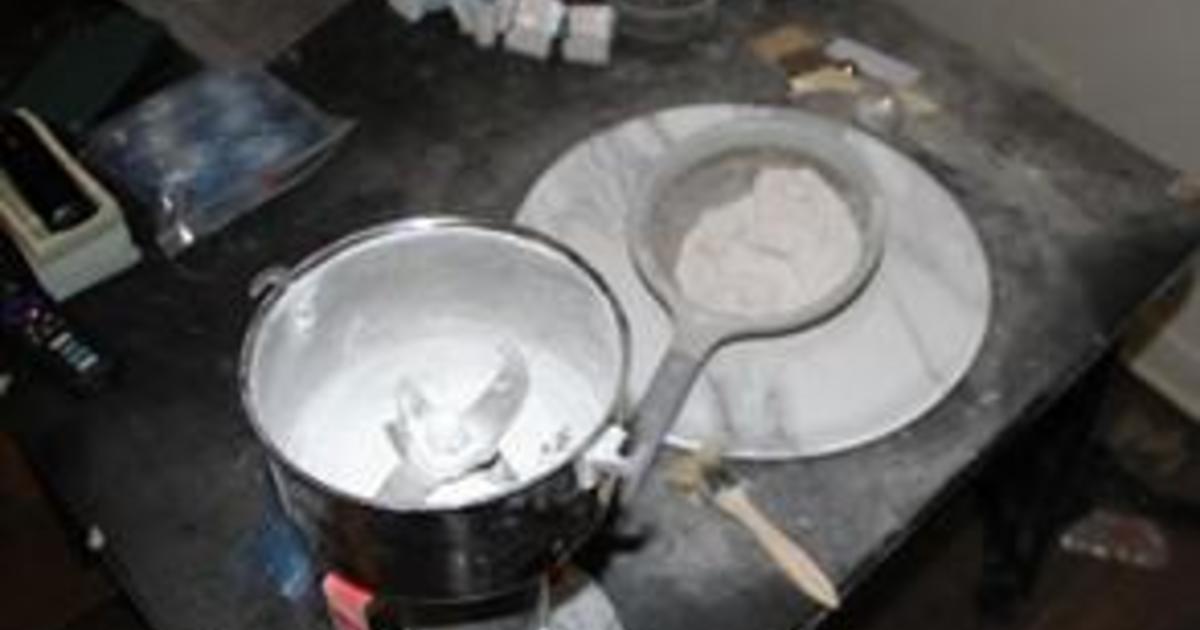 CHICAGO (CBS) —  Ten members of Chicago’s Four Corner Hustlers gang and associates face federal drug trafficking charges after a seizure of drugs and a cache of weapons, including a submachine gun.

Dubbed “Operation Hustle” authorities found multiple kilos of heroin, some laced with fentanyl, and cocaine. Handguns, rifles, a submachine gun, a shotgun, and more than 450 rounds of ammunition. The Chicago Police Department work with the feds in the investigation.

According to John R. Lausch, Jr., United States Attorney for the Northern District of Illinois, the multi-year investigation focused on open air drug markets in Chicago’s West Garfield Park neighborhood. The probe was led by Homeland Security Investigations and the Chicago Police Department. Three markets were shut down by authorities.

The defendants are in custody and made appearances in U.S. District Court in Chicago. Along with the suspects,  more than 20 other individuals were charged with state drug offenses in the Circuit Court of Cook County.

“Fentanyl, heroin, and cocaine are extremely potent drugs that have wreaked havoc in too many of our communities,” Lausch said.  “We will continue to focus our efforts on individuals and groups who traffic dangerous drugs and prosecute those offenders in federal court.”

According to authorities, the investigation started in February 2021 through April of this year as undercover agents made small baggie purchases sold for $10 each.

Lausch said while $10 bags may seem like a small amount, the drugs were packaged for larger sales.

“It’s a $10 hit of heroin and oftentimes we’re seeing now it’s fentanyl-laced and so that’s how it’s sold,” Lausch said. “It’s packaged for resale. You know, these are not small amounts of drugs. These are drugs that are packaged in bundled in particular ways for someone to be out there on this cell to customer after customer after customer.”

“Our goal is for law abiding residents to enjoy safety and peace in their communities, and holding these criminals accountable for their actions is a major step toward achieving that goal,” said HSI SAC Angie Salazar. “We will continue to put pressure on these dangerous gangs by investigating and prosecuting their members, just as we are doing in this case.”

The CBSChicago team is a group of experienced journalists who bring you the content on CBSChicago.com.