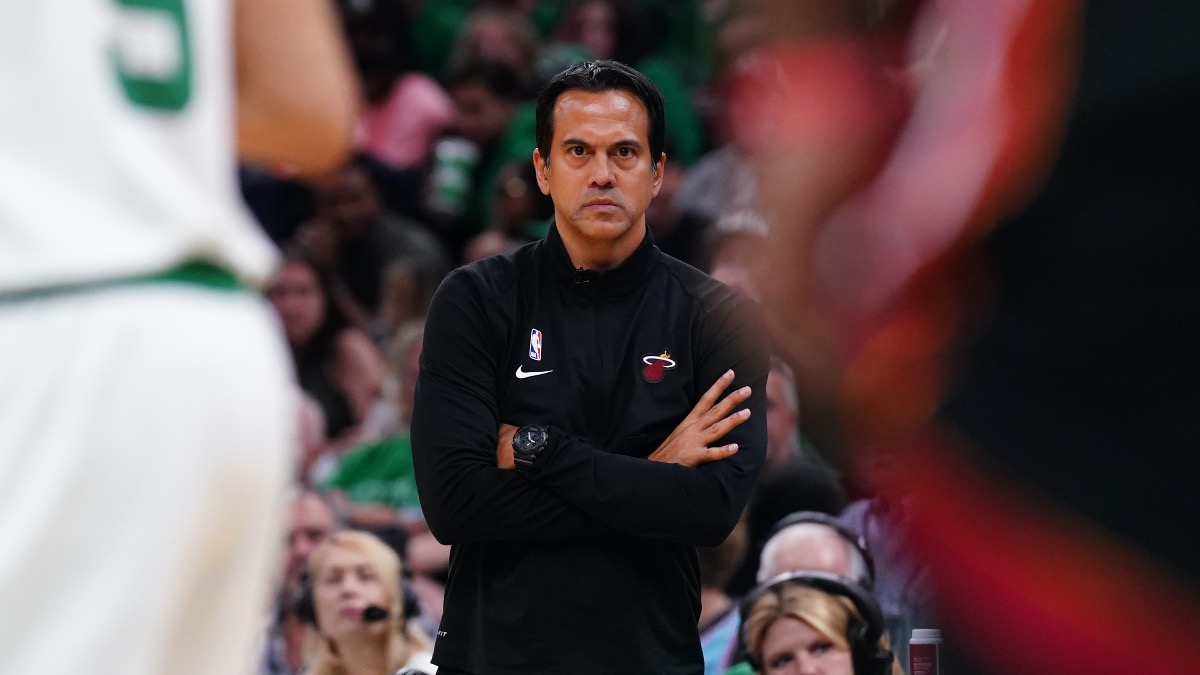 BOSTON — Head coach Ime Udoka and the Celtics knew the intensity the Heat were going to come out with to start Game 3 of the Eastern Conference finals after Boston embarrassed Miami on its home floor just two days later.

It was talked about during pregame meetings and shootaround before the Celtics even stepped on the floor at TD Garden with the opportunity to seize home-court advantage.

“It’s hard to tell because it wasn’t just myself. It was the players speaking up as well,” Udoka revealed after Boston’s 109-103 defeat. “I mean, they said it. They (Miami) got embarrassed at their place. They were going to come out and up their physicality and it was no different than what they did in the third quarter of Game 1. We didn’t think that all of a sudden be an easy series, and they were all gonna roll over. We bounced back from Game 1 to 2 and they were going to do the same thing.

“We had to match that and came up flat for whatever reason, but it wasn’t just myself. It was Marcus (Smart) and Jayson (Tatum), Jaylen (Brown), Al (Horford) speaking up at shoot around, speaking up at the meetings, saying be prepared, knowing they’re going to come up with the best hit. For whatever reason we didn’t match at the start.”

The Celtics allowed the Heat to take control of the game from the jump. Miami made things difficult for Boston’s offense as depicted by the hosts finishing with the same number of first-quarter baskets (5-for-18) as turnovers (five). On the opposite end, the Heat turned up their transition with the return of point guard Kyle Lowry and got easy buckets of their own. Miami took a 21-point lead after merely 12 minutes, scoring 39 first-quarter points.

Sure, the Celtics put together a valiant effort while even cutting a once 26-point lead to 93-92 with 2:40 remaining, but spotting a championship-caliber team a 26-point advantage means perfection is required thereafter. Boston was far from perfect in the final three quarters as depicted by 23 total turnovers.

“From the beginning, their pressure bothered us. And we didn’t respond. It’s happened a couple times during this playoff run,” Horford said after the loss. “You just got to give them credit. They were just like a wounded animal. They came out fighting. And, for whatever reason, we just didn’t have that same sense of urgency.”