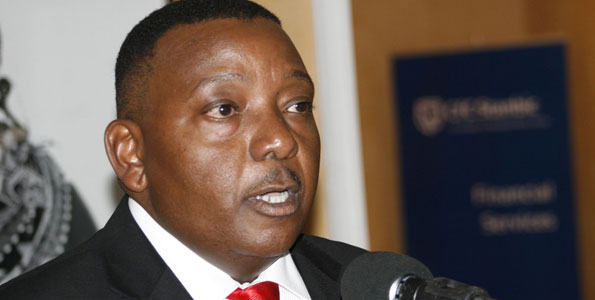 The Central Depository and Settlement Corporation (CDSC) has suspended the new Sh100 monthly charge on stock market accounts after investors protested the extra cost of trading at the Nairobi Securities Exchange (NSE).

CDSC, which facilitates holdings of shares in electronic accounts opened by shareholders and manages the process of transferring shares traded at the stock exchange, said it had recalled the notice to allow for further consultations with the regulator and market stakeholders.

The new charge that had been set to roll out in July would have earned CDSC over Sh1.8 billion annually but would have increased the cost of investing on NSE where trades can attract charges of up to two percent of the transaction value.

Investors have complained the new charge would discourage trading at the bourse and lead to account closures at a time the market is at multi-year lows in terms of trade volumes.

“With regard to CDS account maintenance fee, CDSC would like to announce that it has entered into further consultations with the Capital Markets Authority [CMA] and other stakeholders. In the meantime, the status quo before the reference communication on the same remains,” CDSC said in a statement.

CDSC has been forced to shelve the new charge that would see account holders pay Sh1,200 annually for fear it might have led to massive account closures.

The new charge would have helped CDSC make money from active and idle accounts where the platform was not collecting any revenues from those who do not trade. Idle accounts, mostly held by individuals, stood at 385,411.

The latest published annual report for 2020 shows CDSC had about 1.5 million accounts out of which 1.1 million were actively trading.

Early this year, CDSC Ceo Nkoregamba Mwebesa told the Business Daily that nearly 97 percent of equities accounts used for trading at the NSE had been dormant in the past two years.

Kenyans have left thousands of investor accounts dormant due to marginal returns at the bourse.

CDSC reckons a lot of the accounts that came in through the bull market IPOs we had between 2006 and 2009 are no longer trading.

Some people have never touched their accounts since then, and some may have even forgotten who their broker was.

The new charge would have been a penalty on dormant accounts, forcing them to either trade or quit the capital markets.

CDSC said since announcing the new charges, they have received input from stakeholders and would put all the submissions into consideration before announcing a review.

The market platform has not indicated timelines, whether they will scrap the charge or whether it will be a reduction of the maintenance fee.

“We are looking at everything raised by various stakeholders and participants and we will collaborate with the CMA before we give a way forward. We don’t have set timelines because it will depend on the engagements,” a CDSC spokesperson told the Business Daily.

The settlement platform has been pumping in resources to expand the Kenyan market capacity to trade more than one position within a day, carry out securities lending and borrowing, and improve efficiencies.

The new CDSC’s platform can now execute several trades within a day, a move that could earn retail investors profits on small price movements while opening a new revenue stream.

Day trading was supposed to earn CDSC 0.8 percent on each trade but the market has not attracted a lot of activity even after the CMA set a five percent discount on the second leg of the transaction, which will be levied at 0.114 percent compared to normal trades which are levied at 0.12 percent.

The decision to start collecting the new fee came at a time the market had dropped to a 20-month low on reduced foreign investor participation and capital outflows due to the Russia-Ukraine war that has intensified exits from emerging and frontier markets seen as riskier.

Major world economies, including the US and Europe, are also raising interest rates to fight inflation, reducing the appeal of investing in frontier markets.

Investors at the NSE lost Sh294 billion in a month following a sell-off by foreigners that has pulled down the value of the bourse to Sh2.176 trillion from 2.471 trillion on April 13.

The value of shares traded dropped to Sh33.76 billion in the first four months of the year from Sh41.61 billion a year earlier. Equities turnover has fallen 18.9 percent on the continued decline in foreign investor participation and appetite for shares at the bourse.