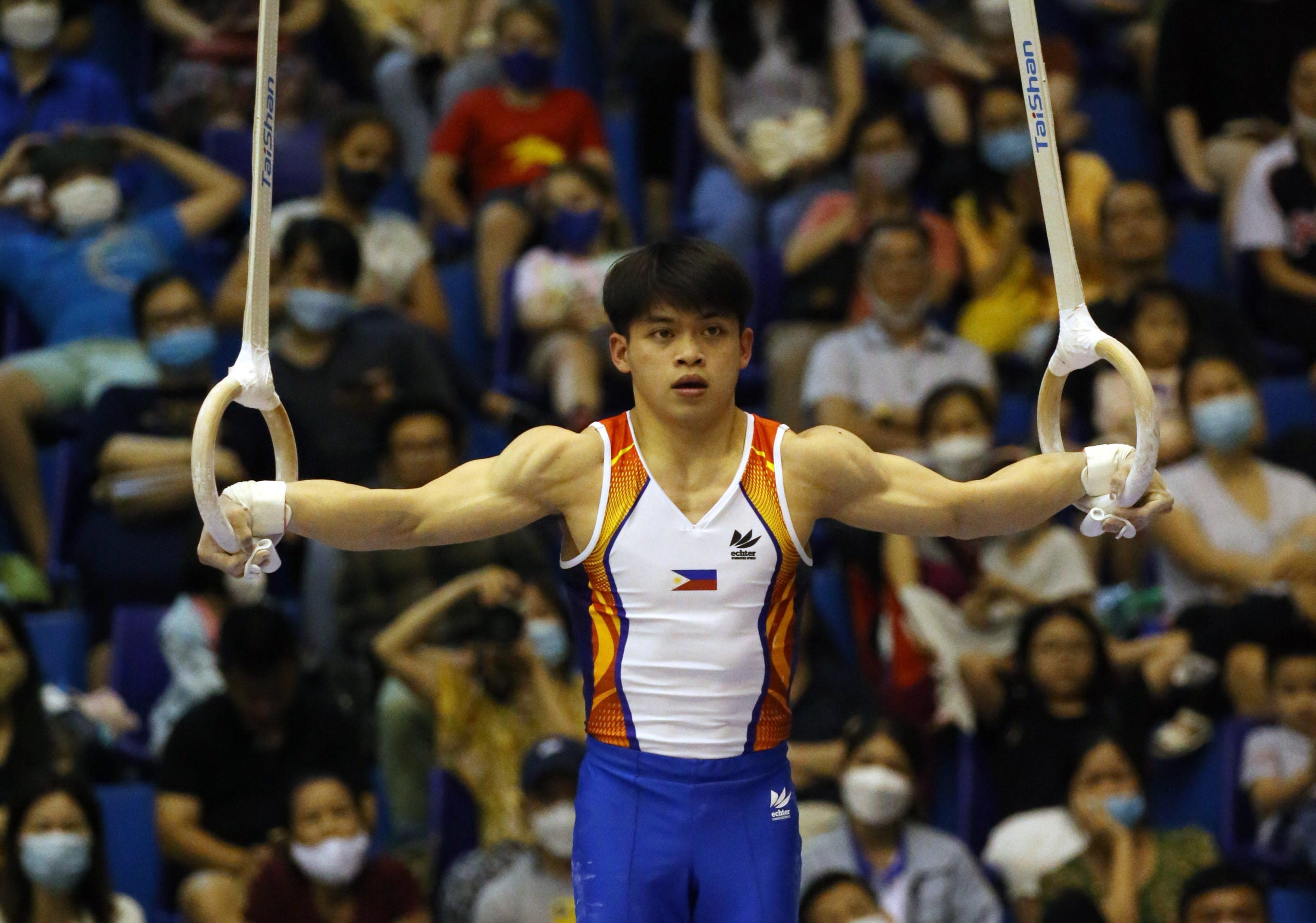 World champion gymnast Carlos Yulo has so far become the biggest winner among Filipino athletes in the 31st Southeast Asian Games not only on the account of the gold medals he won, but the monetary value of these victories as well.

Yulo is already assured of at least P1,700,000 in cash incentives from the government after beating his fiercest rival in the men’s artistic all-around, floor exercise, rings, horizontal bar and vault where he’s the reigning world titlist.

The 4-foot-11 bundle of energy who has made Japan his training ground likewise got a silver in the parallel bars and shared another silver-medal victory in the men’s artistic team event with Jan Gwynn Timbang, Juancho Miguel Besana, John Ivan Cruz, Justine Ace de Leon and John Matthew Vergara.

With 30 gold medals, 34 silvers and 45 bronzes as of Monday evening, the Philippine Sports Commission will be coughing up at least P22 million in cash bonuses based on the law known as the National Athletes and Coaches Incentives and Benefits Act.

Triathlete Kim Mangrobang will also fatten her bank account by P600,000 after retaining women’s title and ruling the women’s duathlon race in succession while pole vaulter EJ Obiena could get an extra cash reward for breaking his SEA Games record as determined by the PSC.

Medal-performing athletes such as Yulo, Mangrobang and Obiena, however, could earn more apart from the cash windfall from the PSC.

By tradition in the current Duterte administration, the President invites these medalists to Malacanang, releases their cash bonuses and hands out additional monetary rewards by matching their basic incentives from the government.

“Knowing the President, it’s his style to give additional cash bonuses aside from the incentives provided for by the law once the athletes visit him in Malacanang,’’ said PSC Chairman William Ramirez.

The law also provides cash incentives for coaches of medal-earning athletes. They will get 50 percent of the equivalent of the cash bonuses that their athletes received.

Monetary rewards likewise await medal-performing teams with a team of four members or less receiving the equivalent of the regular individual worth of the medal they had won while teams with five members or more are entitled to 25 percent of the total individual medal value.

These cash bonuses from the government are taken from the net cash income of the Philippine Amusement and Gaming Corporation, which remits the monetary incentives to the national sports development fund (NSDF) of the PSC.