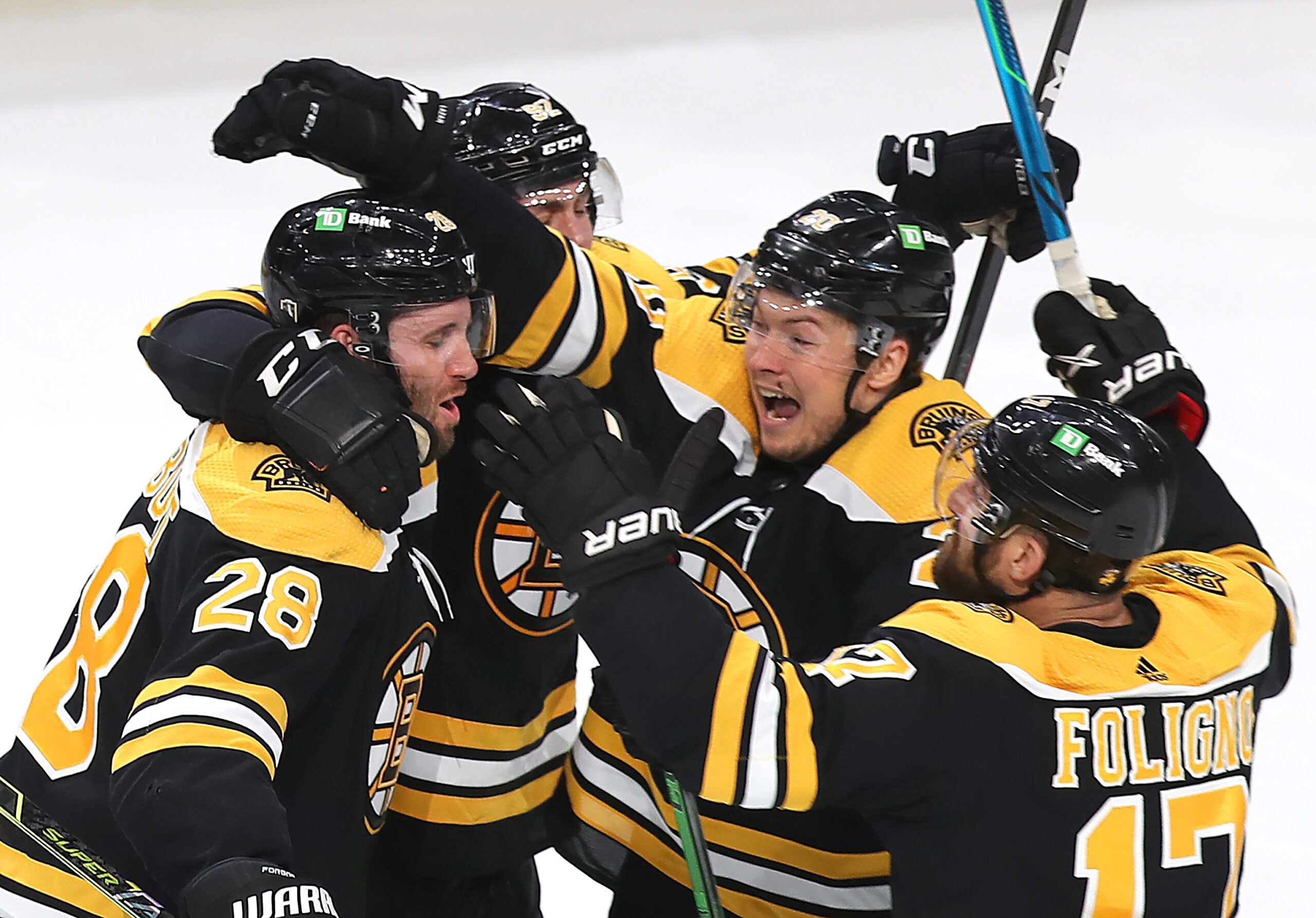 The Bruins defeated the Hurricanes 3-1 in Thursday’s Game 6, continuing the streak of the home team winning every game so far in this first-round series.

After a scoreless first period, Brad Marchand got the Bruins on the board in the second period. His wrist shot from the right faceoff dot went top shelf past Hurricanes goalie Antti Raanta to give Boston a 1-0 lead.

The Bruins extended their lead later in the second. Charlie Coyle got a loose puck in front of the net during a Bruins power play, burying the shot home to give Boston a 2-0 lead.

Carolina briefly made it interesting early in the third period. Andrei Svechnikov quickly shot and scored off a feed from Sebastion Aho to cut the Bruins’ lead to 2-1. But less than four minutes later, with 12:52 remaining in regulation, Erik Haula scored his first goal in the playoffs off a redirect from Charlie McAvoy, giving the Bruins a 3-1 lead.

After getting a little breathing room, Boston added more insurance goals. Defenseman Derek Forbort scored when his shot from the blue line ricocheted off a Hurricanes forward and into the net, giving the Bruins a 4-1 lead with 9:17 left. The goal was Forbort’s first since November. Curtis Lazar finished the evening by scoring an empty-net goal with 4:17 left, giving Boston a 5-1 lead.

A double-minor spearing penalty by Marchand helped the Hurricanes score another goal, with Svechnikov scoring his second goal of the night. But that was it for the Hurricanes as the Bruins’ cushion was far too big, giving them a 5-2 win.

Game 7 will take place on Saturday in Raleigh. The time for puck drop hasn’t been announced yet.

Get the latest Boston sports news

Receive updates on your favorite Boston teams, straight from our newsroom to your inbox.