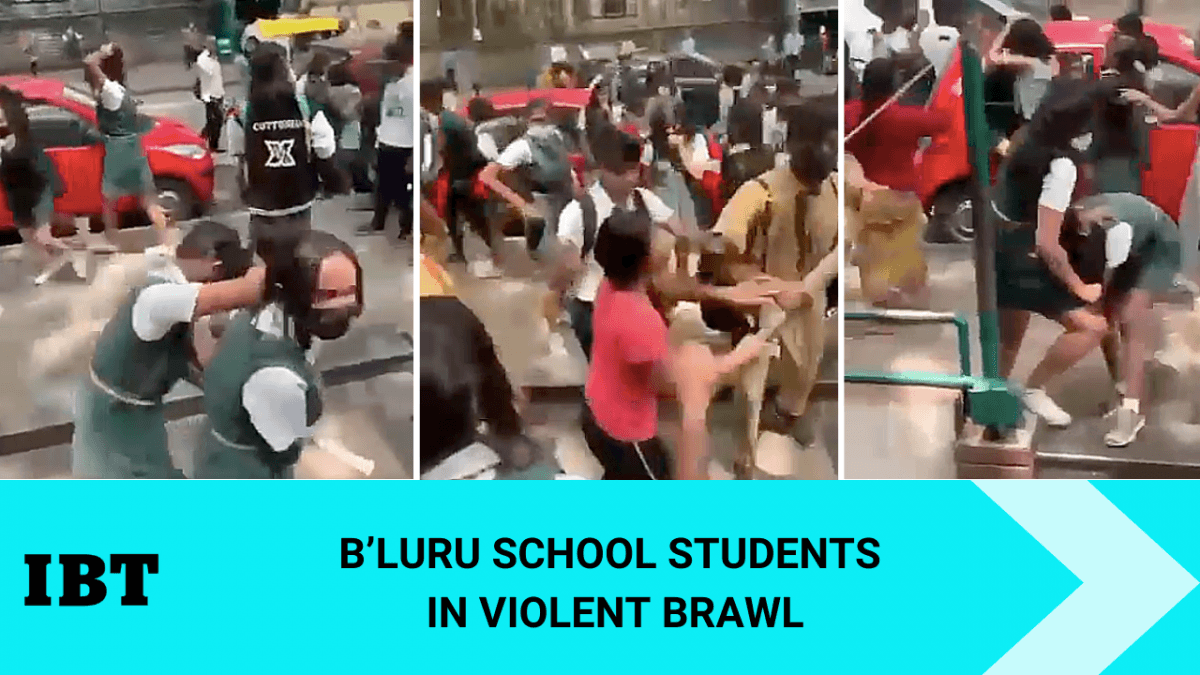 Educational institutes are where students are groomed and taught discipline. But a shocking incident unfolded in Bengaluru, right outside the a reputed school. Students, while still in their school uniforms, were seen violently assaulting and abusing each other right outside the school campus.

Several girl students of Bishop Cotton Girls’ school were seen throwing punches, pulling each other’s hair and pushing violently. The incident was caught on camera and the videos shared on social media.

The videos of the shocking incident also showed parents joining the violent scuffle. The students were also seen using sticks to beat each other and one student can be seen violently pulling a woman down the stairs by her hair.

Eyewitnesses say the violent scuffle left many in bruises. The reason behind the fight remains unknown and the school hasn’t released any statement on the matter.