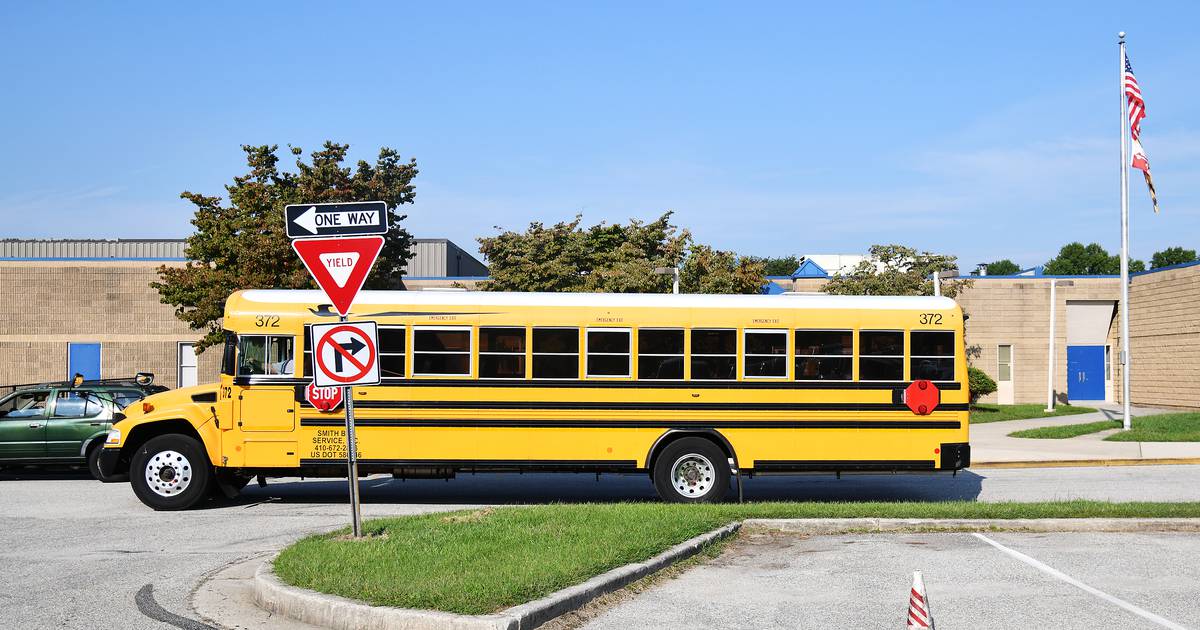 Next school year Anne Arundel County Public Schools will switch to later start times for high schools and earlier start times for elementary schools, a change pediatricians say is good for the health of growing students.

For many county parents, getting students to school at all is still a challenge as bus contractors deal with a shortage of drivers resulting in missed or late rides. On Thursday more than 40 bus routes out of about 600 didn’t have service at least part of the day.

School officials say they are making adjustments that will increase bus system efficiencies as start times change. But some residents and county leaders are raising concerns that the schedule change will make matters worse — putting additional pressure on a system that’s already stretched.

County Councilmembers Nathan Volke and Amanda Fiedler said they have heard from dozens of constituents, as well as transportation companies, who are worried about the time change next school year. Fiedler said there is support for changing the start times, but 2022-23 isn’t the year to do it.

Ultimately it is the school board’s decision, she said in an interview Friday, but the level of noise from the community warranted a letter asking for a delay.

“There is pretty consistent concern that the transportation challenges will not right themselves in order for this to be a successful roll out,” said Fiedler, an Arnold Republican.

School board President Joanna Tobin replied to Volke, a Pasadena Republican, and Fiedler, denying that the start time change would compound the driver shortage issue.

But some bus contractors are skeptical.

Greg Lonergan of Lonergan’s Charter Service, Inc. said having a condensed range of start times will make the existing driver shortage worse, in his view, because more drivers will be needed to cover routes that one bus would have covered in the past.

Right now high schools in Anne Arundel start at 7:30 a.m., and elementary school openings range from 8:15 a.m. to 9:40 a.m. That is a window of two hours and 10 minutes. Lonergan said right now most contractors can do a high school route, middle school route and two elementary routes with the same bus and driver in that window of time.

“Our goal is to safely transport students to school and back home on a regular schedule. That goal could be in jeopardy with this proposed change,” he wrote the Board of Education.

The bus has not come to pick up Elizabeth Fine’s children past the last month, she said Friday. This is the third outage she has experienced this year. Families in her Crofton neighborhood are carpooling to make sure students get to classes, but Fine worries for kids who might not have a ride when the bus doesn’t show.

Get your evening news in your e-mail inbox. Get all the top news and sports from the baltimoresun.com.

“How are we condensing the time when we don’t have the drivers?” Fine said.

Schools spokesman Bob Mosier said in an email that the system knows that contractors will not be able to make two elementary trips with one bus because of the new schedule.

“We are aware of this issue and, along with the contractors, have been working hard at it. We have had three multi-position hiring events — the most recent on May 3 — at which contractors were present,” he said in an email.

The system is also still searching for more efficiencies, guided by the 2019 Prismatic report.

One example of the system’s changes is requiring students to opt-in to transportation next school year, a process which will allow the system to consolidate bus stops, Mosier said in an email. As of Friday, 33,500 people had registered for transportation.

The system transports 68,000 students today, 12,000 of whom will be automatically registered because they are in prekindergarten, kindergarten, have an IEP that calls for transportation or identify as homeless. That leaves a pool of 56,000 students who need to respond, Mosier said. About 60% of that pool was registered as of Friday.

Mosier said the system will continue to reach out to those who have not registered through the end of the school year, or until they get a response.