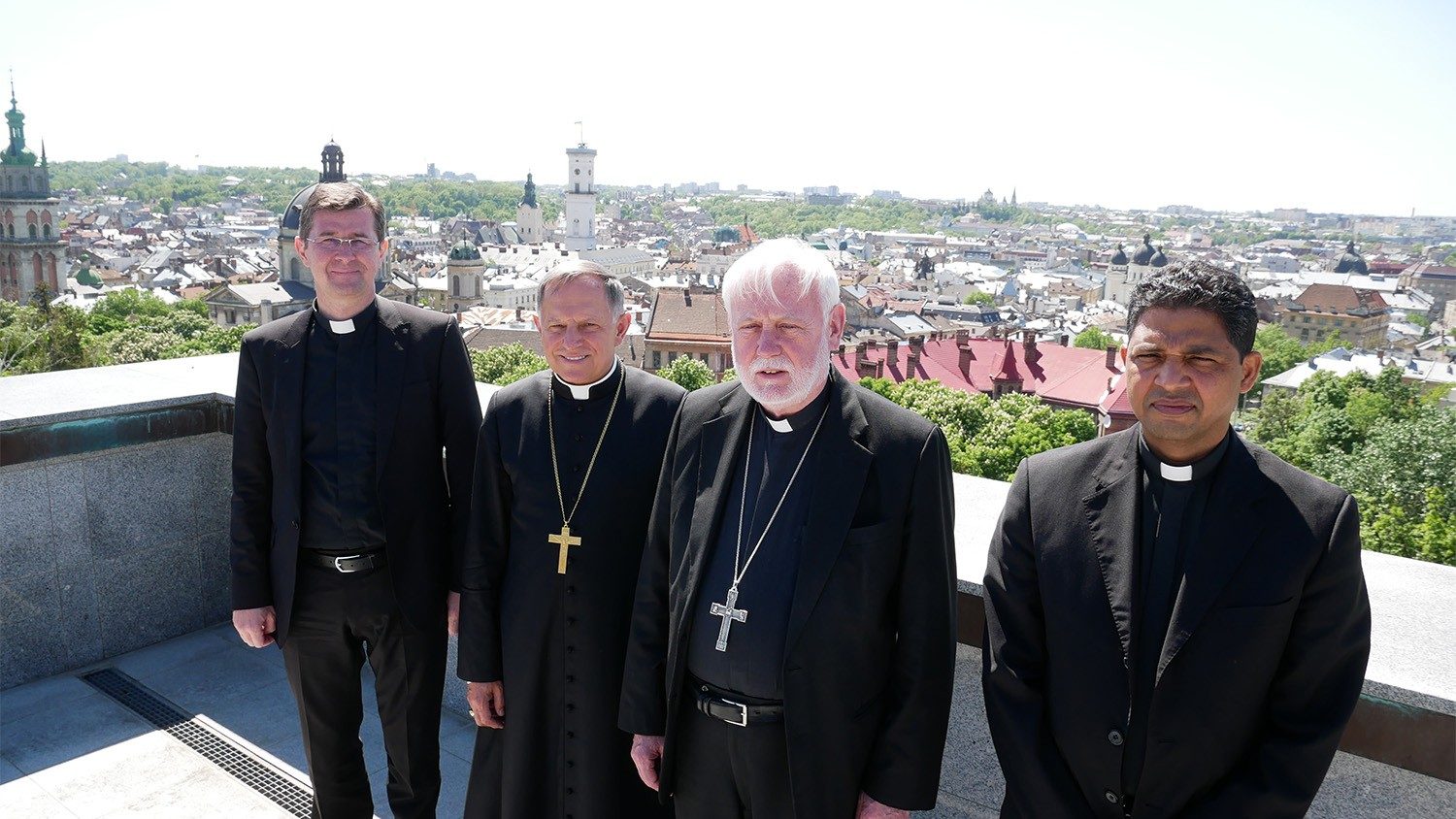 Archbishop Paul Richard Gallagher, the Vatican’s Secretary for Relations with States, visits the western Ukrainian city of Lviv and blesses the people of Ukraine on behalf of Pope Francis.

Arriving in Ukraine on Wednesday, Archbishop Gallagher was welcomed at the Polish border crossing at Korczowa-Krakovets by Latin-rite Metropolitan Archbishop Mieczysław Mokrzycki of Lviv, and the Ukrainian Ambassador to the Holy See, Andriy Yurash.

The Secretary for Relations with States traveled to the western city of Lviv, where he visited the Archbishop’s Residence.

Praying in the chapel, Archbishop Gallagher prayed for the people of Lviv and Ukraine.

Archbishop Gallagher prays in the chapel of the Archbishop’s Residence

He then stopped on the rooftop terrace of the Residence to pray and speak to Archbishop Mokrzycki about his mission in Pope Francis’ name.

The Archbishop thanked his host for the welcome to Ukraine and said he is pleased to be able to visit.

“It’s a pleasure to pray with you and the Catholic people of this city, in the name of the Holy Father, and to offer a blessing upon the city and its population and upon Ukraine, and to pray for peace.”

On Wednesday, Archbishop Gallagher also met with Archbishop Ihor Voznyak, the Greek Catholic Metropolitan of Lviv, and visited refugee centers at the parish of St. John Paul II and the Benedictine monastery in Solonetz.

Archbishop Gallagher is welcomed into Ukraine

Ahead of his departure from Rome, the Twitter handle of the Secretariat of State (@TerzaLoggia) announced the Archbishop’s visit, underlining the 30th anniversary of diplomatic relations between the Holy See and Ukraine.

The diplomatic mission, read the tweet, hopes to affirm “the importance of dialogue and reestablish peace.”