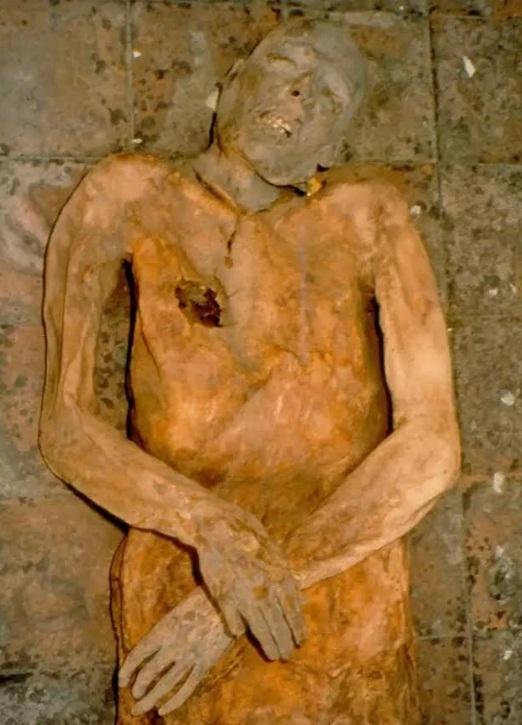 An international team has reconstructed the first ancient genome of E. coli, using fragments extracted from the gallstone of a 16th century Italian mummy.

Modern E. coli is commonly found in the intestines of healthy people and animals. While most forms are harmless, some strains are responsible for serious, sometimes fatal food poisoning outbreaks and bloodstream infections. The hardy and adaptable bacterium is recognised as especially resistant to treatment.

However, its full evolutionary history remained a mystery, including when it acquired novel genes and antibiotic resistance.

Now researchers from the universities of McMaster in Canada and Paris Cite in France have reconstructed the genome of a 400-year-old ancestor to the modern bacterium.

The mummified remains used for the new study, published online in the journal Communications Biology, come from a Neapolitan noble from the Renaissance period in Italy. Giovani d’Avalos was 48 when he died in 1586, and thought to have suffered from chronic inflammation of the gallbladder due to gallstones.

His well-preserved body was recovered from the Abbey of Saint Domenico Maggiore in Naples in 1983.

“It was so stirring to be able to type this ancient E. coli,a said Erick Denamur, the leader of the French team.

While the genome was unique, Denamur said it was evolutionarily similar to the pathogen that still caused human gallstones even today.

Further the team said when examining the remains, “there was no evidence to say this man had E. coli. Unlike an infection like smallpox, there are no physiological indicators. No one knew what it was”, explains lead author of the study George Long, a graduate student of bioinformatics at McMaster.

Researchers had to meticulously isolate fragments of the target bacterium, which had been degraded by environmental contamination from many sources. They used the recovered material to reconstruct the genome.

“We were able to identify what was an opportunistic pathogen, dig down to the functions of the genome, and to provide guidelines to aid researchers who may be exploring other, hidden pathogens,” Long said.