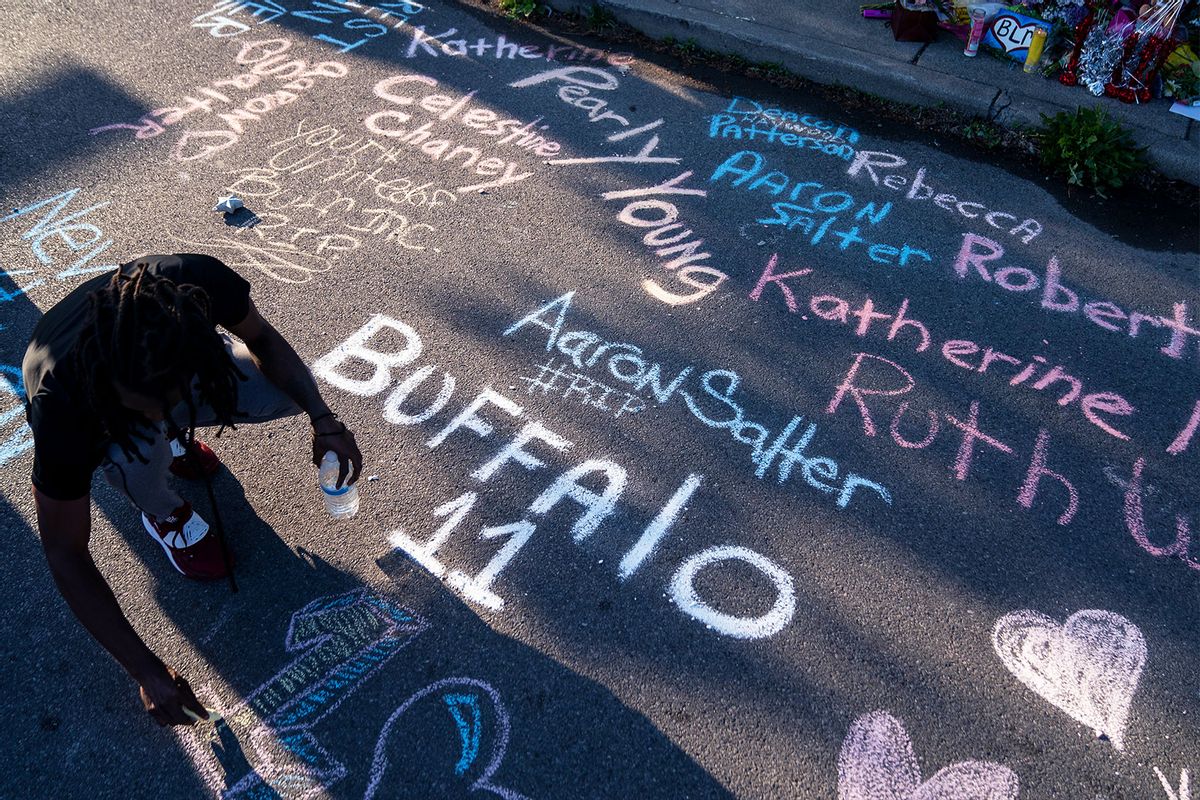 At least four major shootings took place this past weekend, leaving dozens injured and thirteen dead in four cities across the country.

In Buffalo, New York, 18-year-old Payton S. Gendron opened fire in a Tops Friendly Markets on Saturday, killing ten people and leaving three wounded. The gunman appears to have specifically targeted a Black neighborhood in eastern Buffalo, with at least eleven of the victims being Black.

Gendron, who reportedly streamed the massacre live online, drove 200 miles from his hometown in Conklin to conduct “reconnaissance” during the day preceding the attack. Before the shooting, Gendron has also reportedly published a 180-page manifesto expressing antisemitic sentiment and promoting the “Great Replacement,” a baseless right-wing conspiracy theory alleging that the Democrats are attempting to loosen border to diminish the electoral power of white Americans.

According to CNN, Gendron made a “generalized threat” to his high school last year. He was arraigned on Saturday and faces a maximum sentence of life in prison.

RELATED: Buffalo: This is where Donald Trump’s race-war fantasies lead

That same day, at least 21 people were injured in three separate shootings where thousands of people were gathered for an NBA Bucks game in Milwaukee, Wisconsin, according to NPR. Police said there was an exchange of gunfire around 11:09 PM after the game had ended, with victims ranging between 15 and 47 years old. All are expected to survive.

Thus far, ten people have been arrested in connection to the shooting. Police are reportedly still looking for more suspects. It still remains unclear what led to the attack.

On Sunday, a man similarly opened fire in a Southern California church, killing one person and injuring at least five. The victims, all Asian men, ranged from ages 66 to 92.

The shooting took place around 1:30 PM, when 30 to 40 members of the Irvine Taiwanese Presbyterian Church were together for a lunch reception, as the Associated Press reported. The suspect, David Chou, 68, had reportedly already been hog-tied by parishioners once deputies had arrived.

“He has been booked on one felony count of murder and five felony counts of attempted murder,” said the Orange County sheriff’s department. Police have not yet ascertained a clear motive, according to CNN.

Sunday also saw a deadly afternoon shooting in a Houston flea market, where two were left dead and three hospitalized. Thousands of patrons were circulating the market at the time.

“We thought it was something like for family, you know you can come with your kids, but with everything, you don’t know,” Dolores Guerrero, who visits the area often, told a Fox affiliate. “It’s scary.”

The incident reportedly stemmed from an argument between a group of men who later pulled at guns and exchanged crossfire. Two men in their twenties reportedly died. Police said that no one outside the skirmish was harmed, according to CBS News.

And while not having resulted in fatalities, authorities in Dallas are investigating a series of shootings that appear to have targeted Asian American businesses in recent weeks, including injuring three women at a spa on Wednesday.