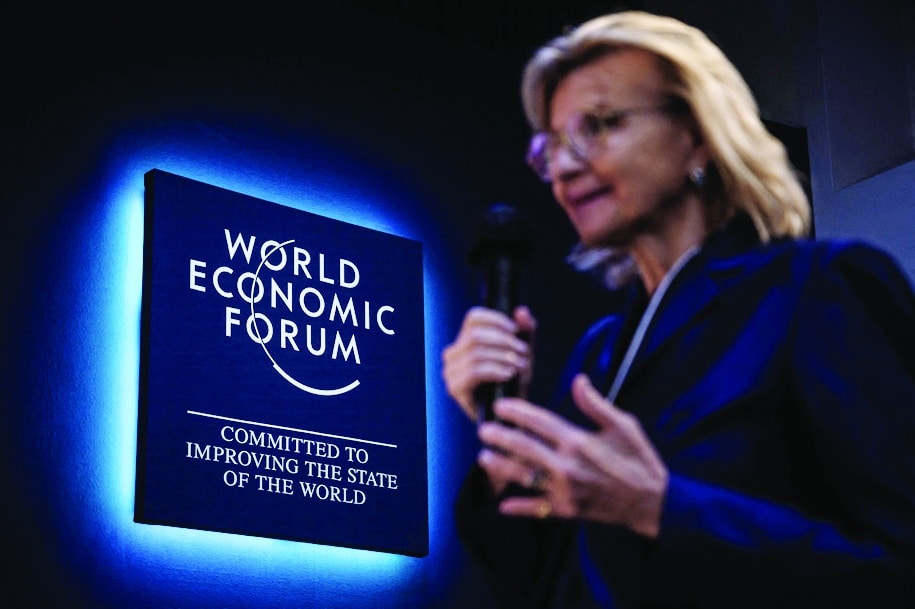 DAVOS: Ukraine’s foreign minister, lawmakers and mayors made long journeys by car, train and plane to the Swiss Alps to convince global elites to send more help to repel Russian invaders. As the four-day World Economic Forum in Davos wrapped up on Thursday, they were returning home without the heavy weapons they desperately want or the new sanctions they demand against Moscow. But while major announcements were not expected in Davos, the summit gave the Ukrainians a chance to press the world’s political and business leaders face-to-face for urgent help after three months of fighting.

Ivan Fedorov, the mayor of the southeastern city of Melitopol, drove from Zaporizhzhia to Warsaw, then by plane to Zurich, and again by car from Zurich to Davos-a two-day trek. “It’s very important for us (to come to Davos) because for a long time Russian propaganda and diplomacy worked very well,” Fedorov told AFP. “Civilized countries must be united with Ukraine… not with their words but with their deeds,” said Fedorov, who was held for several days by Russian forces in March.

President Volodymyr Zelensky led the pleas in a headline speech via videolink at the start of the confab, while the Ukrainian delegation included the star power of Kyiv mayor, Vitali Klitschko, and his brother Wladimir, the former heavyweight boxers. “Usually, Davos is considered a place where people only talk, but we took the opportunity to also discuss and agree on some issues with our counterparts,” said Foreign Minister Dmytro Kuleba, who travelled by train, car and plane.

The gathering was also a chance for Ukraine to push its case to gain candidate status to join the European Union. Ukrainian officials and lawmakers took the opportunity to meet corporate chief executives as Kyiv seeks help to rebuild the country.

Another major concern raised in Davos was the Russian blockade preventing Ukraine, once the world’s breadbasket, from exporting its wheat to countries that depend on it. Kuleba said Ukraine was in talks with the United Nations on the idea of opening a safe passage for ships out of the port of Odessa, which would require de-mining the harbor and getting security guarantees from Moscow.

But the main refrain in Davos was Kyiv’s more immediate need for military help to defeat a better-armed Russia. To press their case, they reminded the world of the atrocities of conflict. With Russians banned from attending this year’s meeting, Ukraine took over Moscow’s usual residence in Davos, turning the “Russia House” into the “Russian War Crimes House” and covering its walls with images of dead bodies.

Zelensky used Davos to urge the West to show more unity with Ukraine, singling out Hungary for holding up an EU embargo on Russian oil, while Kuleba lamented that some are “dragging their feet” on providing heavy weapons. Washington and European countries have poured billions of dollars’ worth of arms into Ukraine, but Kuleba appealed for multiple-launch rocket systems to match Russian firepower.

The Ukrainians also made it clear that the endgame of the war should be defeating Russia, not ceding territory as former US secretary of state Henry Kissinger suggested in a video appearance at the WEF. German Chancellor Olaf Scholz, who addressed the forum on its last day, said Russian President Vladimir Putin will not be allowed to dictate peace in Ukraine. “Our goal is crystal clear-Putin must not win this war. And I am convinced that he will not win it,” Scholz said.

Scholz, however, did not directly address Ukrainian criticism that Berlin was not moving fast enough in supplying tanks and armored vehicles. Alexander Stubb, the former prime minister of Finland, said he had advised Ukrainian delegates that they should use Davos as a “communication exercise”. “The West is strongly on their side, but there’s always the risk of war fatigue,” Stubb told AFP, adding that the Ukrainians should use a “full-court press”.

“I do think Davos is the right place to communicate,” said Stubb, now the director of the School of Transnational Governance at the European University Institute. The lobbying may have worked, with Kuleba saying that “some weapons that we discussed here… will be on their way pretty soon.” He conceded, however, that he “will arrive in Kyiv before new weapons arrive or new sanctions are introduced”. “But this is the political process,” he said. “It takes time.” – AFP