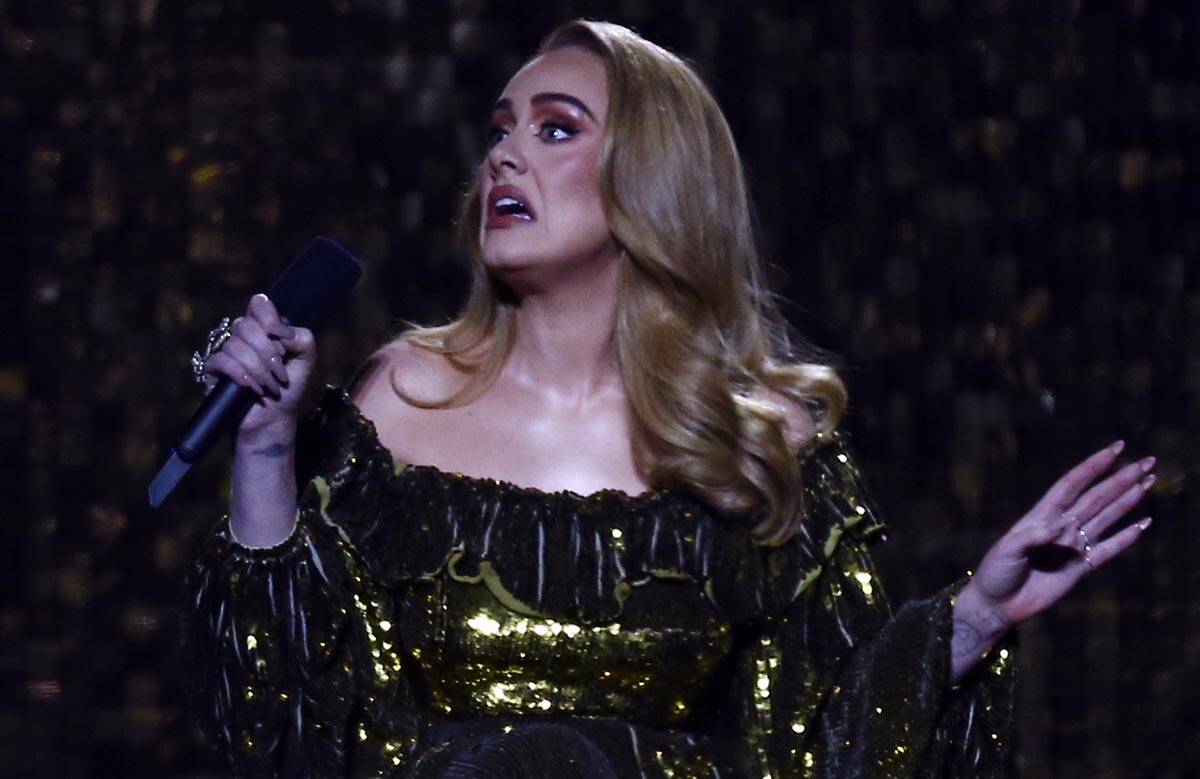 “Weekends With Adele” at the Colosseum at Caesars Palace seems less likely than ever.

The workers who would haul in and build Adele’s Colosseum production were informed this week they will be laid off for the summer. These furloughs will knock several full-time employees off the job from the close of Morrissey’s run July 9, through preparations for Rod Stewart’s return on Sept. 23.

Those who will be laid off are members of the International Alliance of Theatrical Stage Employees (IATSE) Local 720. Members of the union’s leadership confirmed 11 workers have been notified they will be furloughed, beginning after Morrissey’s show is loaded out, returning about a week before Stewart is due back.

At the moment, the Colosseum is dark for most of July, all of August and three weeks in September. There has been no word from any of the main players about Adele’s plans. Caesars Entertainment and Live Nation reps have not returned email seeking comment about the state of her residency. Her image is still on the side of the hotel, sharing space with other superstars, and also on Caesars’ official website.

But the decision to take stagehands out of the the Colosseum is a clear indication Adele won’t play Caesars Palace this summer or fall, if at all. The Colosseum schedule opens once more for a possible Adele show in November-December, but again, there is zero evidence of a plan for her to perform.

As Adele’s future has been unsettled, Keith Urban answered what he called a “panicked” call from Caesars to fill her postponed dates March 25-26 and April 1-2. Sting, currently performing “My Songs,” is back for six shows in the spring of 2023, with nothing on the books prior.

Caesars Entertainment and Live Nation are also in a booking partnership at Zappos Theater, where Adele has reportedly been in talks to resume her residency. But there has been no confirmation she’s even interested playing the Planet Hollywood venue, already occupied by John Legend, Shania Twain and Miranda Lambert have locked up most dates through mid-December.

Don’t count on an Adele residency at Dolby Live at Park MGM, or the Theatre at Resorts World, either. Both venues have other plans for headliners.

Meantime, Adele is scheduled to play Hyde Park in London on July 1-2. She has said she plans to fill all 24 of her postponed dates at the Colosseum. But the openings to do that are shrinking. Adele has said she and her boyfriend, super-agent Rick Paul, want to have a baby in 2023. Paul also hinted this week that he looks forward to fathering another child.

Adele herself could coalesce her plans for Vegas by stating publicly her vision for a Strip residency. She reportedly overhauled her creative team, hiring set designer Kim Gavin (who has worked with British pop outfit Take That and is also on the Rolling Stones’ 60th anniversary tour) to replace acclaimed industry pro Es Devlin as set designer.

The superstar has shown passion about her Vegas future, even as that vitality has not produced a single show. In February, she told British talk-show host Graham Norton, “It is absolutely 100 percent happening this year. It has to happen this year because I’ve got plans for next year. Imagine if I have to cancel because I am having a baby!” The clock is ticking, and working against “Weekends With Adele.”

Look for some Las Vegas performers to get some love at the old Kaos Nightclub space at the Palms. GM and entertainment execs Crystal Robinson-Wesley and Stephanie Sanchez (both great singers, BTW) are looking to shake up the entertianment at the hotel top-level Vegas talent. Locals who bemoan the nightclub culture in Vegas should check out the clubs’ architecture. This place has a great layout for live music, and also the occasional production show. David Perrico’s Pop Strings played there opening night. The next test happens to be a national act, Yächtley Crëw. Not a Motley Crue tribute, but rather a buoyant yacht-rock outfit headlining on July 2. Once home to Marshmello and Cardi B, Kaos has changed tack, as it were.

Comic great George Wallace is eager to be back onstage in VegasVille. But don’t expect him to return to Westgate Cabaret. Wallace keeps hinting he’s got plans in Vegas, over time, he’s consistently resisted specifying Westgate. “I’ll definitely be back,” he said in a text Saturday. “Not necessarily there, but somewhere.” He adds that he’s not giving details until it’s all in writing.

Sting visited “Immersive Van Gogh” at The Shops at Crystals on Thursday afternoon. He reportedly likes the exhibit. He’s visited twice now, so he must. We’ll keep our ears perked (hah) for more news out of that place. We hear (yes) it’s being extended through January.

Nevada Nichols’ “Dragon Dolls,” an adult revue that blends “anime culture with cosplay fantasies” runs 9 p.m. (doors at 8 p.m.) Friday through Sunday at The Nerd at Neonopolis. Choreographer is the dancer and aerialist Jessica Delgado (late of “Bite” at The Strat and Rose. Rabbit. Lie. at the Cosmopolitan) choreographs. Dani Elizabeth, the ex-“Crazy Girls” cast member and current wife/sidekick of Murray Sawchuck, emcees. The show features a cast of showgirls, energetic dance numbers, some great costumes and advanced acrobatics. All this, at The Nerd? Know it. Tickets start at $69 (not including fees); go to Dragondollslv.com for details).