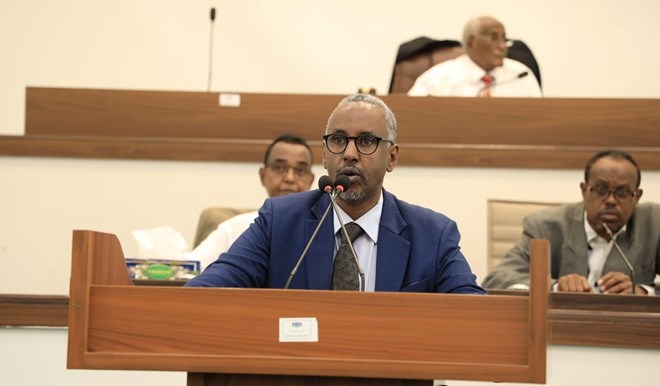 The chairman of the committee organizing the election for Lower House Speaker, Abdirizak Omar Mohamed, says the election of the parliamentary Speaker wouldn’t happen contained in the presidential palace within the capital, citing safety considerations.

The committee chairman mentioned the air conditioner for the parliament constructing had been hit by gunfire, releasing intense warmth that made the meeting insufferable.

He added that the committee had made a concerted effort to switch the air conditioners in order to not delay the candidates’ speeches for the Speaker of the House of the People.

“I couldn’t say whether it was intentional or caused by a stray bullet,” Abdirizak mentioned. “When we arrived at the compound, we were told that a bullet had hit the air conditioner, and the next day a mortar shell hit the parliament building.” He added.

Per week in the past, at the very least 9 individuals have been injured after a number of mortar shells hit the parliament constructing the place the newly elected lawmakers held a joint session.

The mortar shelling occurred a couple of minutes after the lawmakers accredited measures to carry elections for the House of the People and Senate audio system on April 26 and 27.

Al Shabaab has claimed accountability for the newest assault, saying it was focusing on the lawmakers.