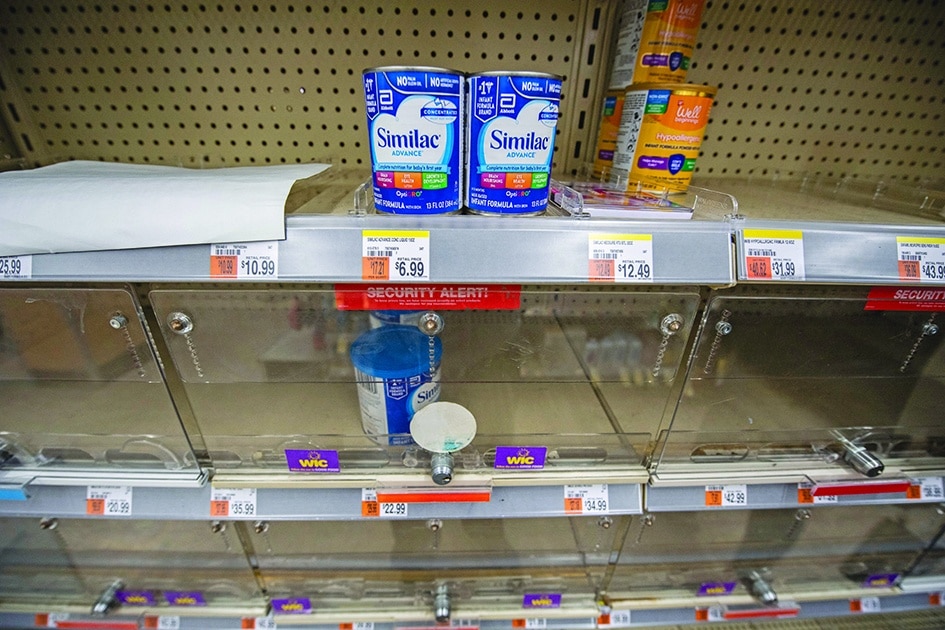 WASHINGTON: The head of baby formula manufacturer Abbott apologized Saturday to US families affected by the shortage of the essential supply. “We’re sorry to every family we’ve let down since our voluntary recall exacerbated our nation’s baby formula shortage,” Abbott CEO Robert Ford wrote in an op-ed in The Washington Post.

Initially caused by supply chain blockages and a lack of production workers due to the pandemic, the shortage was exacerbated in February when, after the death of two infants, Abbott announced a “voluntary recall” for formula made at its factory in Michigan and shut down that location.

“This is tragic and heartbreaking, and it is consuming my thoughts and those of my colleagues,” Ford wrote. He said Abbott will set up a $5 million fund for the families of children who were hospitalized after consuming the recalled formula. Ford also said the manufacturer was taking “serious steps” to alleviate the shortage, such as converting production lines for adult goods at its factory in Columbus, Ohio to “prioritize” making formula.

Abbott is also importing formula from its factory in Ireland. The US Food and Drug Administration (FDA) reached an agreement Monday with Abbott to resume production at its Michigan plant. The deal needs to be approved by a judge, and the factory should reopen within two weeks.

“By the end of June, we will be supplying more formula to Americans than we were in January before the recall,” Ford promised. “We are making significant investments to ensure this never happens again.” US President Joe Biden tweeted Saturday that he had signed an act allowing certain requirements in a federal food grant program to be waived “so people can more easily access the infant formula that they need.”

The White House said Wednesday that the US government would fly in formula on commercial planes contracted by the military. Biden also invoked the Defense Production Act to give baby formula manufacturers first priority in supplies. A White House official said Friday that the first flight, carrying 132 pallets of Nestle brand formula, will take place this weekend from Germany to Indianapolis, Indiana. – AFP