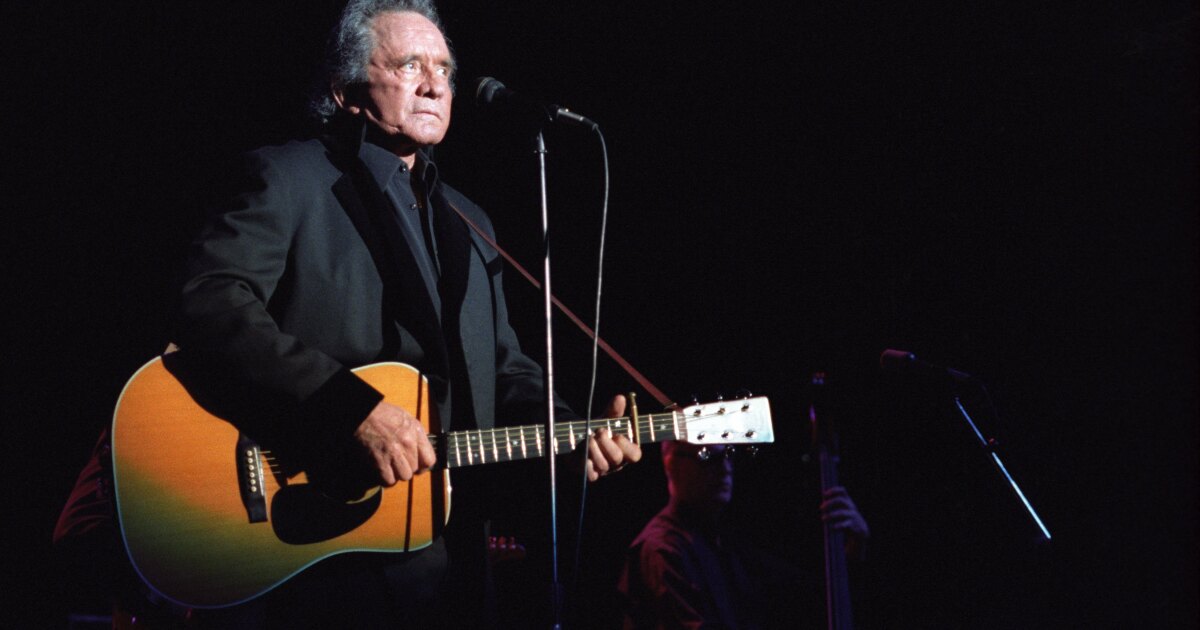 A water tower with a silhouette of Johnny Cash is currently taking a leak over his Arkansas hometown of Kingsland after an assailant with impressive aim recently shot the tank.

Last week, a bullet struck the late country artist’s image right in his nether regions, and it seems his bladder was no match.

Although it has made for a good photo op, with people from nearby towns making a special trip to pay homage to the urinating country legend, Kingsland is losing about 30,000 gallons of water a day, according to Mayor Luke Neal.

“You kind of run on a tighter budget in small towns like this, because it’s really all you’ve got to work with. And things like this can set you back a little bit,” Neal told local news channel THV-11.

Neal said the leak is costing the town about $200 per day, on top of a nearly $5,000 repair job in which crews will have to drain the entire tower. The shooter could face a felony charge for tampering with the vital operations of a city, and Cleveland County Sheriff’s Office says it has some leads.

Cash was born in the small Arkansas town in 1932 and later relocated to Memphis, Tenn., where he launched a storied music career bolstered by hits such as “Ring of Fire,” “I Walk the Line,” “Folsom Prison Blues” and many more. He died in 2003 at 71.

Kingsland, which has a population of around 500 people, honored him with a silhouette atop the water tower in March 2021, standing his exact height of 6 feet 2.

While it might be the funniest vandalism of the water tank, it’s not the first. Neal said a similar event happened in 1993 and resulted in a $10,000 fine and a felony charge. The water tank is expected to be repaired this week.