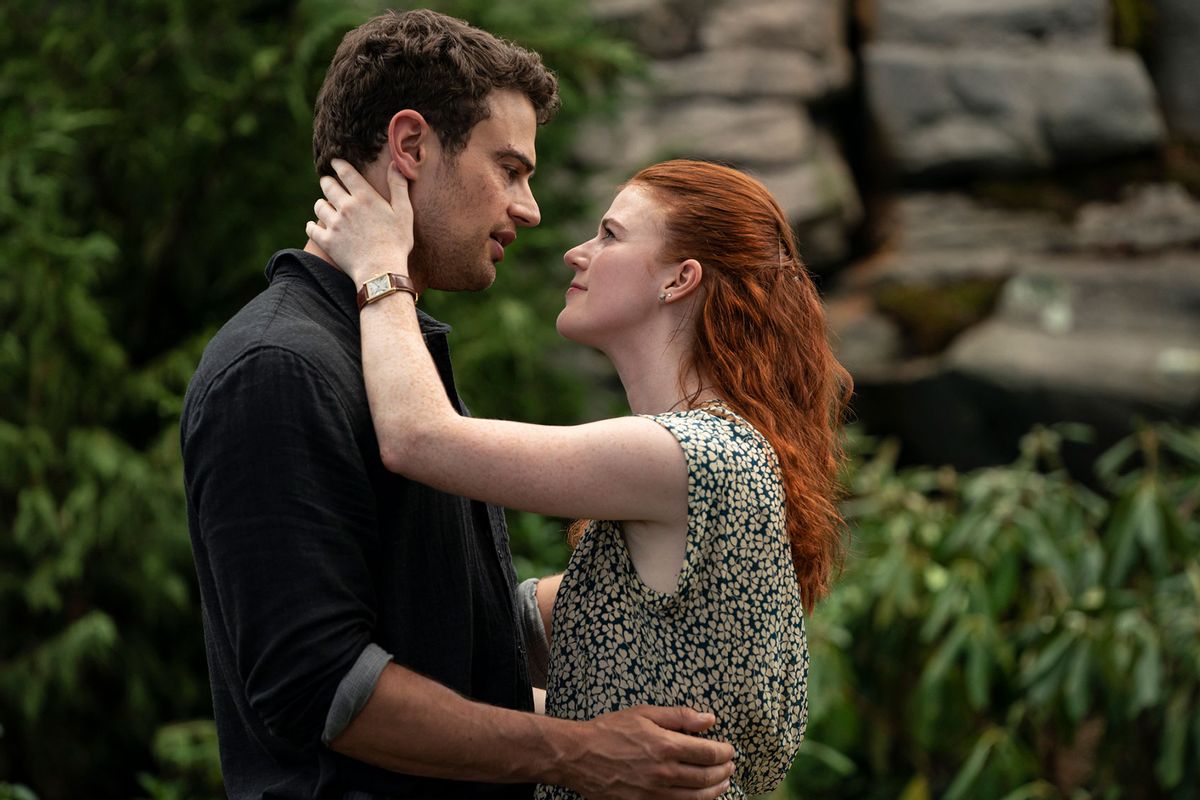 Originally published in 2003, “The Time Traveler’s Wife” surprised fans of fantasy fiction. Instead of strictly following the adventures of a time-hopping librarian named Henry DeTamble, Audrey Niffenegger’s debut novel switches between Henry’s exploits and the perspective of Clare Abshire, his wife, exploring how Henry’s prolonged absences make for a bittersweet relationship. For more on the book and its forthcoming adaptation on HBO, keep reading.

1. Audrey Niffenegger started “The Time Traveler’s Wife” with only the title in mind.

Niffenegger — an illustrator and onetime books arts teacher at Columbia College — has said the premise for “The Time Traveler’s Wife” came to her after the phrase popped into her head in 1997. “I was making a drawing and the phrase ‘the time traveler’s wife’ popped into my head,” she said. “Who was this wife, why would anyone marry a time traveler? It must be lonely, being married to someone who is often away; it must be dangerous to be a time traveler. I had a mental image of a white-haired woman, alone in a sunny room, a cup of tea on the table before her, untouched; a woman waiting. How could I describe all that waiting, all the negative space around their marriage? I began to wonder how they’d met, who they were, what might befall them, this woman and man. I gave them names, Clare and Henry. That was the beginning, but it took almost five years to write the book.”

Niffenegger has also said that the title “The Time Traveler’s Wife” refers not only to Clare but to Henry’s condition. “The book itself is really about the marriage,” she said. “Henry is not only married to Clare; he’s also married to time.”

2. Niffenegger had two “rules” for writing “The Time Traveler’s Wife.“

Time travel stories are tricky in that past actions can influence — or undo — present circumstances. Niffenegger decided early on that this wouldn’t be that kind of time travel tale. She mandated that things that occur in the book could only happen once and couldn’t be changed, eliminating “paradox and the butterfly effect, which are always a challenge for any writer of time travel stories.” She also committed to the idea that Henry’s ability to move through time was the result of a genetic disorder and that he couldn’t be blamed for his prolonged absences.

3. “The Time Traveler’s Wife” was written out of (any) order.

Befitting the chronological chaos of a time travel story, Niffenegger wrote “The Time Traveler’s Wife” out of order. “I wrote the ending first, and then the scene in which Clare loses her virginity,” she told Writer Unboxed. “The book was written in no order at all, just me working on whatever I had some idea about. Toward the end of the process I radically changed the order of the scenes to flow along with Clare’s experience of time. Before that they’d been organized thematically, which several friends told me was too confusing.”

4. “The Time Traveler’s Wife” was originally a much darker tale.

As Niffenegger worked on the book, she had the notion of making Henry’s affliction the catalyst for a much darker tone. Clare, she said, would have “lost her mind for a while” toward the end of the book, while Henry and Clare would have been unable to have their daughter. Niffenegger said she decided it would be “unbearable” to both write and read and opted for something more palatable.

5. Audrey Niffenegger believed “The Time Traveler’s Wife” would only be a cult hit.

Niffenegger didn’t expect “The Time Traveler’s Wife” to make much of a splash, believing instead it might become a “small cult novel for a few librarians . . .  it just never occurred to me that it would be something that regular readers would want to read.” As of 2013, the book had sold 7 million copies worldwide.

6. The 2009 movie adaptation of “The Time Traveler’s Wife” was originally written with Brad Pitt and Jennifer Aniston in mind.

While Niffenegger may not have anticipated the success of “The Time Traveler’s Wife,” others did: A deal for a movie adaptation was struck even before the book was published in 2003. At the time, Brad Pitt and Jennifer Aniston, then married, owned Plan B, the production company that optioned the novel. Screenwriter Bruce Joel Rubin (who won an Oscar for his script for “Ghost“) wrote a script with the couple in mind for Henry and Clare. The two split in 2005: Pitt remained with Plan B and eventually wound up as producer on the 2009 film, which starred Eric Bana and Rachel McAdams.

Following the 2009 film, which received mixed reviews, HBO is looking to give “The Time Traveler’s Wife” more narrative breathing room in the form of an episodic series. The show stars Theo James (“Divergent”) and Rose Leslie (“Game of Thrones“) as Henry and Clare, respectively; Steven Moffat (“Doctor Who“) is the writer and executive producer. It’s expected to debut sometime in 2022.

Niffenegger began work on a sequel to “The Time Traveler’s Wife” in 2013. Titled “The Other Husband,” it centers on Alba, the daughter of Clare and Henry, who inherited her father’s genetic time-traveling disorder and who needs to cope with dual marriages. As of 2019, Niffenegger said she was still working on it, though a 2013 e-book version of “The Time Traveler’s Wife” has a 25-page preview. Niffenegger’s other novel, “Her Fearful Symmetry,” was published in 2009.