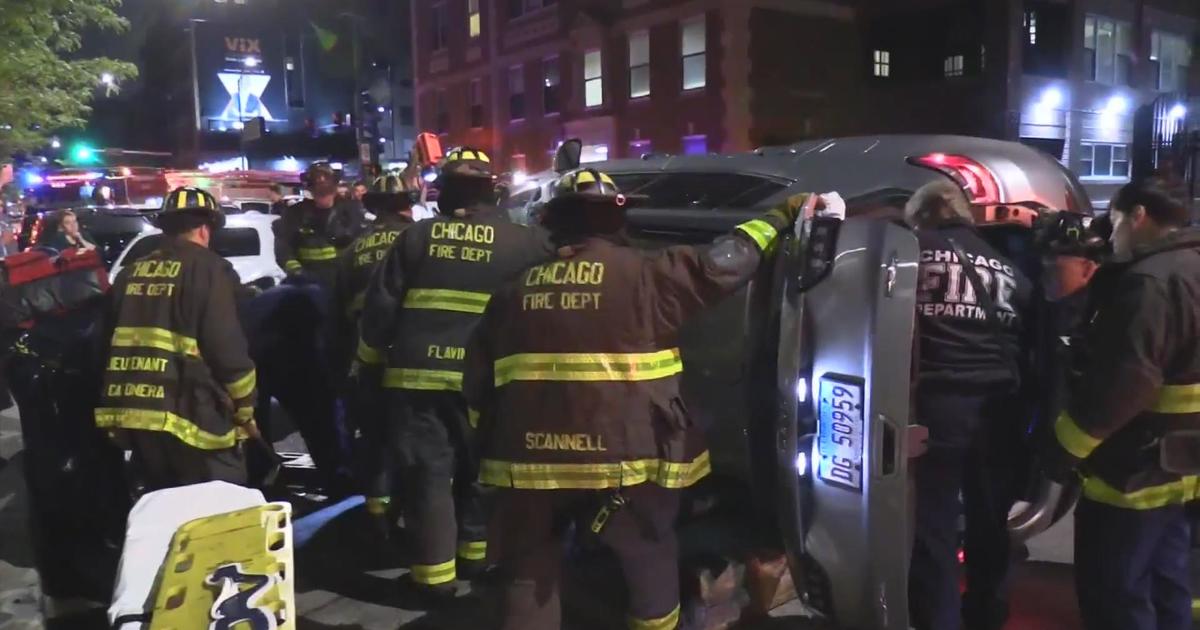 CHICAGO (CBS) – Two people are injured after a crash caused their vehicle to roll over in River North just after midnight.

Around 12:35 a.m., a 32-year-old man along with a 27-year-old passenger inside a Jeep were traveling westbound, on the 100 block of West Huron, when he rear-ended a white Acura SUV waiting at a red light. The Jeep then hit a parked car causing the vehicle to flip on its side, police said.

Both occupants in the Jeep suffered minor injuries and were transported to Northwestern Hospital in good condition. The driver of the SUV, a 36-year-old woman, complained of neck and back pain but refused treatment at the scene.

No other injuries were reported.